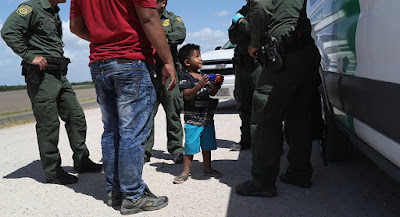 The United States has yet to reunite 545 children with their parents, after the federal government separated them from migrant parents in 2017 and 2018, notes a court filing by the American Civil Liberties Union.

About 60 of those children were under the age of five, reports the New York Times. The ACLU also reports more than 350 children cannot be located.

The government did not keep records on  the families, including names and contact details, that would have allowed for reunification.  “After deporting hundreds of separated parents, the United States government declared them 'ineligible' for reunification, because they were no longer in the U.S.,” reports Justice in Motion.

Adding to the challenges, besides the pandemic, is the Trump administration's secrecy around the policy - discovered by lawyers and journalists months into its use - and rapid deportation for many parents

As many as two-thirds of the parents may have since been deported, report Julia Ainsley and Jacob Soboroff for NBC News. Attorneys and investigators with private groups like the ACLU and Justice in Motion conduct searches to  locate parents and children, determining their conditions and “ensuring that those parents had a voice in their children’s futures.”

Many parents had headed to the United States, fleeing violence, persecution and poverty in their home countries. As a result, some of those who already have been deported are torn about their children returning to places that offer an uncertain, even treacherous future. By no means is that a defense for officials who oversaw and implemented the cruel policies.

“The family separation crisis is the direct result of the Trump administration policy choices, driven by the view that immigrants and asylum seekers deserve nothing but cruelty and punishment,” notes the ACLU.

The United States must compensate children and families for the anguish – and continue working on reunification, ensuring accuracy with DNA testing while providing safe conditions and social support, and pursuing accountability while punishing any officials or staff for going along with such separations. Citizenship is in order for children not reunited in a timely way.

The goal of such poorly conceived policies was to deter undocumented immigration. The reduction in numbers was minimal. The costs for the families and US global standing are immense. 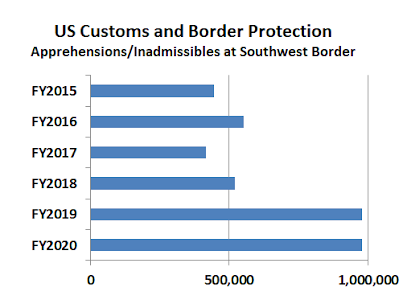 Source: Data for graph, US Customs and Border Protection; photo, Politico and ACLU.