"[W]women, particularly the most vulnerable, have difficulty abandoning religion. They’re less likely to become nonbelievers, because the church, mosque, synagogue and other religious communities promise security that their families might not provide." And so I wrote as a guest for the Washington Post's "In Faith" blog. The blog addresses views on faith and their impact on the news.

The essay is intended as a gentle warning for religious leaders who resist women's interpretations, participation or concerns, and I conclude, "Religions need women more than women need religion." Women are among the most devout in many faiths, and their numbers are currently low among the growing number who count themselves as nonbelievers, agnostics or theists who choose not to practice. But that could change quickly in an era of globalization as alternatives become quickly apparent to all.

One commenter noted that religion was not behind the comment.

I admit to being torn. The vast majority of US Catholic women use contraceptives, and yet the church defies those members and goes as far as to try and impose its restrictions on non-members. Many politicians rely on their religious beliefs for guidance in making policy, and some would deny abortions to rape victims and the women's perceptions of these crimes.

But I also agree that religion can't be blamed, that individual interpretations are also responsible. Religion is a guide to thinking about the world. As a guide, it's a tool, like the internet or the pen, and as I've written before, like conversations or globalization. Any tool can be used by individuals for good or other purposes. 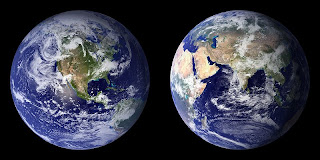 "The type of world in which women flourish is one where women have political, social, and religious power to participate fully in decision-making processes; where women’s bodies are valued, respected, and protected from demeaning forms of exploitation, abuse, and violence; where women’s labor, particularly the care they provide to children, the elderly, and the sick, is shared by all and honored as economically and socially valuable work; where the natural environment is engaged with respect; where education is open to all; and where the basic material resources that it takes for communities to be healthy and thrive are ensured. This view of flourishing also includes celebrating forms of beauty that women cherish and spiritual practices that women treasure, both of which point to the fact that flourishing involves not just the absence of oppression and injustice but also the positive presence of things that make women happy and fulfilled."

Jones suggests that dily action rather than dogma is required: “changing society requires both changing laws and practices and challenging the categories and process we use to think about life and to make sense of our world."

She points out that "the dynamics of globalization are creating a world culture in which we often share more than we might expect….”