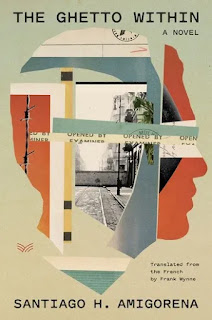 The Ghetto Within by Santiago H. Amigorena describes a carefree man leaving Poland to start a new home in Buenos Aires in 1928. His mother expects weekly updates about his new life, but Vicente scoffs, and despite his Jewish heritage, Vicente and friends scoff at the old-fashioned ways of their Jewish parents. Early on, Vicente makes halfhearted attempts to convince his mother and other family members to flee Warsaw, and as the decade progresses, he mostly stops writing. By 1938, her letters stop, too.

Vincente’s indifference and scoffing soon transform into despair as news about the war in Europe and atrocities gradually filter through. He receives two final letters from his mother, in 1940 and the other in 1941, describing deteriorating conditions and an uncertain future with Germans herding Jews into a ghetto, treating them worse than animals. In what would otherwise be an ordinary, peaceful life, Vicente’s spirit is crushed, tormented over his mother’s last communications, obsessing if she went hungry or still wore a favorite shawl.

Vicente sinks into a deep depression, spending some time with family and friends but no longer speaking, instead mostly gambling to confirm his own failure as a human being. His wife and her family are understanding, trying to accommodate him. Rosita and Vincente, both with “the hesitant, pale, mute fragility that revealed they had been much loved as children,” simply cannot comprehend the full extent of cruelty.

He describes scanning the newspapers for any bit of news before receiving his mother’s last letter – “for signs, for cluses, for hints that might help him understand – and searching, like everyone else, for reasons not to understand…. Like every human being, Vicente had wanted to know and, at the same time, had preferred not to know.” He longs for ignorance and the ability to erase his memory. “It is perhaps one of the most singular traits of a human being: just as the body, when it has endured too much suffering, or has grown too weak, temporarily lapses into unconsciousness… so that it can survive, or rather so that something can survive – something that is at once still human and already less than human, something that is still ourselves and is already no one.”

Forgetting is impossible though. Every morning is the same for Vicente, “the same memories, the same guilt, the same longing to forget.” He waned to forget words and sentences and meaning, longing for "a silence so powerful, so constant, so insistent, so relentless that all things would become remote, invisible, inaudible." He walks miles to be alone, hoping to escape his fears, but silence brings no relief. "[U]nfortunately, though stillness is the opposite of motion, there is no opposite to thought, nothing that counters the workings of the mind: not thinking is merely another form of thinking."

Most of all, he hopes to flee the voice of his conscience, even as he tortures himself about his inaction. “Something must be done to counter the nothing that I can do. I can do nothing. I cannot do anything. I have never understood the difference.”

One account of the camps describes an inmate who asked why after being given an order an the guard pushing the man and retorting: Hier ist Kein warum. Here there is no why: “these words summed up the determination of the Nazis in the camps to create a space that was utterly different, a space in which there was no why.” Vicente determines his life is worthless, also lacks “a why,” and so, “He became another, another devoid of meaning, devoid of hope, devoid of a future.”  He describes feeling alone, sinking, heading only toward a grave. He becomes a shell, neglecting wife, children, job and friends.

Later Vicente’s grandson assumes that his grandfather must have wrestled with the notion that escape made him a traitor. Amigorena himself fled dictatorship in Argentina for Europe: “I was not where I should have been.”

But the grandson does not complain or accepts the life given to him. “I do not know whether, before he died, Vicente realized that remaining silent was not a solution,” Amigorena concludes. Instead, language is intertwined with memory, providing guidance as guilt and despair pass to subsequent generations. To avoid being complicit, survivors and their descendants must reject attempts to forget or deny the evil. 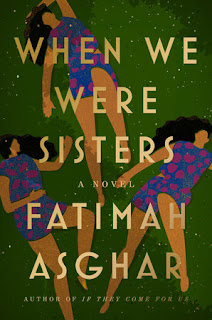 The Koran  prioritizes care for orphans: “And give to the orphans their property, and do not substitute worthless (things) for (their) good (ones), and do not devour their property (as an addition) to your own property; this is surely a great crime.”

But children are helpless against greed, explains Fatimah Asghar in When We Were Sisters. After three girls lose their parents – the mother to illness, the father murdered – a maternal uncle takes control, not because of love or duty but rather he covets the government social security checks issued to each month.

He prohibits the girls from meeting his wife and two sons and instead sets them up in a small, filthy room in an apartment building that he owns, assigning equally vulnerable neighbors to provide day-to-day care. That daughters are less valued than sons is apparent from the start, and the girls sometimes maintain they are brothers or mother-sisters.

The uncle issues strict rules and, not wanting to be bothered by incidentals, teaches them how to forge his name for school paperwork. They attend school and can pursue activities as long as they are free. A neighbor reads the Koran with them, and when money runs low, the girls literally take to the street near the neighborhood mosque, begging for grocery money as orphans. The uncle is furious, yet also realizes that members of the mosque will gladly donate money to support the orphans. He uses those donations and the hundreds in Social Security payments to provide home renovations and comforts for his own family.

The story is told from the point of view of the youngest, Kausar, who idolizes her two sisters, literally referring to them as gods. In turn, they regard her as useless and annoying. The young protagonist relays life disappointments, her serial abandonment and grief in a matter-of-fact way.

Early on, a Pakistani couple, undocumented and poor, selflessly love and care for the girls. The uncle's discovery that the girls sleep with the couple at night when frightened triggers a fight. The uncle scolds, “They’re not your kids,” and their beloved Meemoo retorts, “So whose kids are they?” Wary that the man's defiance might disrupt his schemes, the uncle accuses the couple of inappropriate behavior and kicks them out of their home. He then interrogates the girls about sex and relies on unstable young women to watch over the sisters.

Once the oldest girl reaches puberty, the uncle stops arranging for caregivers, mostly leaves the sisters alone. The girls lie to classmates about home life, and teachers and neighbors fail to notice three girls struggling on their own, often hungry and unkempt. The oldest manages to hold the truncated family together, and the youngest admits, “I need an adult. And I don’t know how to get one.”

On a lifelong search for a mother figure, Kausar contents herself with make believe: “We’re mothered by everything because we know how to look for the mothering, because we know a mother might leave us and we’ll need another mother to step in an take its place.”  With poignant and exquisite detail, the child describes relishing the warmth of the sun, shade from the tree, the smell of cookies, the street signs that guide when it’s safe to walk, a cloud of dust, or grass not yet trampled - all as mother's love.  Her constant anticipation distances her from others: “What no one will ever understand is that the world belongs to orphans, everything becomes our mother” and “All the mothers in the world reach out to the motherless.” A simple touch from siblings is overwhelming, and she thinks, “you’re held, you’re held, you’re held.”

At one point, the youngest asks whether a sister still a sister when a mother dies? Kausar increasingly struggles to communicate fears, dreams and identity issues with sisters who are not much older than her. Each daughter dreams of escape, a better life, but the youngest has far less experience with love, motivation, trust – with basic routines and normality. She readily accepts chaos and cruelty from her interactions. At one point, she notes that Allah asks us to make language: “We assumed we meant the same thing when we spoke, because we said the same words. But. We were wrong. We were so wrong.”

Oddly enough, the youngest daughter gets along better with the uncle than her sisters do, and at one point, he urges Kausar to reconcile with a friend after an argument. “Don’t let the small things become the big things,” and she remembers that advice years later at his funeral.

But a child who grows up without a mother can’t be depended on to understand what is small or big, right or wrong.