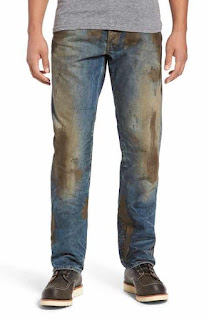 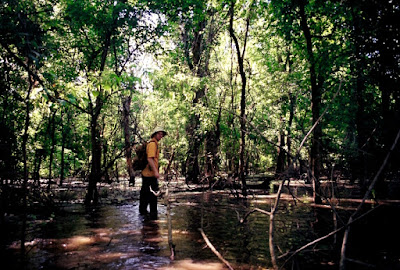 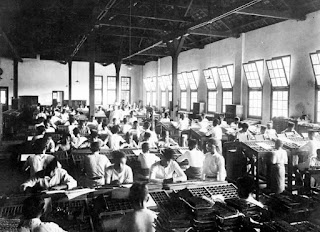 Each summer, the country where I grew up hied college students for the summer to fill in at offices for vacations. My grandmother arranged what was for a 19-year-old a high-paying job in a comfortable downtown government office, not far from where she had worked before retiring.

After a year of working at a bakery and then at a hospital snackshop, I was ready to work hard and pick up new office skills. Each student teamed up with two staff members, most in their 40s and 50s and who reminded me of my grandmother. The probate office filed all documents pertaining to wills. About thirty people staffed the office, and my team logged the names of the dead into a large black book as the initial paperwork arrived. No more than 50 cases were registered any day that summer - though that was when I learned the meaning of aka, also known as, for copying every possible variation of one person's name. Women had more aka's than men, sometimes thirty or more.

The task, which included listing date of birth and death, took no more than an hour, and on my first day, I finished quickly and expected another assignment.

My teammates shook their heads, chiding me for working so fast. My writing was neat enough but they urged me to write slowly and take more frequent breaks. We could chat with our colleagues or take brief phone calls. We could not read books or take a leisurely stroll in the city. To stay busy and sane, I settled on writing long notes to my boyfriend who lived on the other side of the state. That was the summer I perfected the skill of writing backwards, forcing readers to hold the correspondence before a mirror to read the words - a technique described in a novel I had read that summer.  And because the day ended at 4 pm, I had time to find another job at a small publication in town that covered heating and cooling equipment - paid to write product summaries, working there non-stop from 5 to 7 pm five days a week.

My speed and eagerness for extra tasks in the downtown office worried my mentors and fellow students. No one wanted to alert supervisors into examining office procedures - and risk losing their jobs. I never spoke to my grandmother about this and after my last day, I never returned to visit that office.

I went on to work with nine other employers and continued to put all my energies and ideas into every task and struggled to understand colleagues who do not do the same. Yes, my first experiences with such blatant resistance to efficiency were in a government office, but every workplace has these characters, and I remember a good friend who worked at a major bank and described similar patterns. Staff, armed each day with excuses, who arrive at 10 and leaves by 4. Employees who avoid most tasks but are quick to find fault with the completed project. Others who procrastinate for no reason at all, even when assignments are delivered early, and begin a project just before the deadline, forcing  others to wait. The managers who look on, terrible role models, either afraid to speak up or taking credit for others' work. Colleagues over the years observed how some employers encourage their staff to develop skills giving the illusion of zeal and busyness. Often, these are workers who refuse to delegate or divulge simple procedures, even passwords, so that colleagues do not discover just how little time a task might require - until new employees arrive and combat the indolence with productivity reviews and quotas, tech audits, and insistence on innovations. 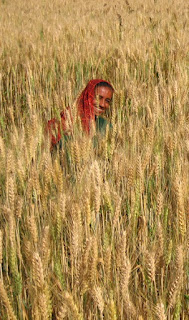 Some employees  embrace learning new skills, while others insist their duties never change. One side squirms when colleagues suggest new ideas and others start hinting about taking it slow and not working so fast. Motivation to work hard at some skill is often born in school but can also be shaped during times of desperation, rebellion, exploration or need for independence, too.

These memories of contrasting categories of work habits are reflected in two characters from Fear of Beauty.

Jahangir is much like the annoying student in the classroom, assertive and taking pride in ignorance, poking fun at anyone who relishes the hard work of learning. He criticizes the villagers for working late into the night, for listening to the ideas of village women. He cares only about the money to be made and how own power, rejecting the notion of growing crops for any other reason.

And Sofi often toils alone, experimenting with new crops and methods. She is curious, valuing what she learns as much as the security her success brings to her family, and as the book concludes, "Beauty comes in many forms - hard work, faith, compassionate deeds and ideas - yet some fear when their senses are tested in strange, new ways." She does not allow her work to become rote and she never stops thinking about what to do next with her life, as limited as it may first seem, in big ways and small.

Photos of  an early 20th century workplace and a woman harvesting wheat in India courtesy of Wikipedia Commons, with credit to Meena Kadri.
No comments: