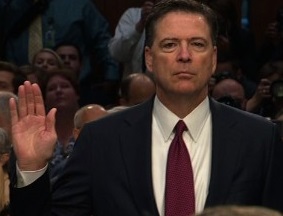 History and our system of government were on display during the US Senate Select Committee on Intelligence hearing with testimony by former FBI director James Comey.For the most part, committee members were serious, prepared and non-partisan - provided numerous powerful moments as role models for all citizens.

A key point to emerge from Comey's testimony: The US intelligence community reported with high confidence that Russians meddled in the US elections, with the release of false news and attempts to breach state electoral systems. US President Donald Trump has dismissed these reports.

But not Comey, who testified: "... we’re talking about a foreign government that, using technical intrusion, lots of other methods, tried to shape the way we think, we vote, we act. That is a big deal. And people need to recognize it."

Our response to Comey's testimony and ongoing conduct in Washington DC will shape our system for years to come. Do we want the young, our future leaders, to learn that lying, bullying, manipulation, false narratives and framing, obsequiousness in the workplace, misplaced priorities and loyalties are normal?

Joe Manchin, senator from West Virginia, was thoughtful: "what details of this saga ... should we be focusing on, and what would you recommend us do differently?"

Comey's response: "I don’t know. I - and one of the reasons that I’m pleased to be here is I think this committee has shown the American people, although we have two parties and we disagree about important things, we can work together when it involves the core interests of the country. So I would hope you’ll just keep doing what you’re doing. It’s - it’s good in and of itself, but it’s also a model, especially for kids, that we - we are a functioning, adult democracy."

One of the great challenges of parenting is to raise children with integrity, critical thinkers who strive to do what's right even when the powers over us - whether political leaders, corporations or elders in our family - do the opposite.

Fear of Beauty, set in Afghanistan, examines the dilemma for parents at the local level as extremists with bullying ways move into the small community, trying to whip up anger against a nearby American outpost. It offers lessons in recognizing  the extremists in our midst. Some are belligerent, bullying and obvious con men with endless promises. Others are more subtle. Both types try to attack strong education systems that promote independent and critical thinking. They fear new ideas, the comparisons and choices, and even curiosity and questions. They promote the importance of a few individuals over the comment good. They employ distractions and whip up irrational fear. Among the young, they rely on favoritism and resentment to train others to be followers of twisted ideologies. And they lie repeatedly and expect others to support these lies.

Sofi, the protagonist in Fear of Beauty and mother who yearns to learn how to read, resents a the belligerent militant intimidating her remote village in Afghanistan, and she realizes that transparency is crucial: "In plan sight, the man could not commit evil." As a woman, her opinion carries little weight and she hunts for ways to resist, concluding there is "no doubt that obeying a tyrant like Jahangir, his evil plans and ruthless control of others, is as much a crime as devising those plans."

Sofi comes to realize that children learn if their society offers comparisons that can be observed and studied - what systems, people, attitudes and approaches work best and produce the most good in daily life.

Sofi may be illiterate, but her children never have any doubt about her values and opinions for the extremists in their village - and the villages who collude with them - as a dangerous threat.

And Comey stresses the same and points to why Russian leaders fear democracy; "It’s not about Republicans or Democrats. They’re coming after America, which I hope we all love equally. They want to undermine our credibility in the face of the world. They think that this great experiment of ours is a threat to them, and so they’re going to try to run it down and dirty it up as much as possible. That’s what this is about. And they will be back, because we remain - as difficult as we can be with each other, we remain that shining city on the hill, and they don’t like it."

Comey made it clear that he longed for a special counsel to take over the investigation, and he offers hope that a quest for justice and truth will continue at the FBI:

"The organization’s great strength is that its values and abilities run deep and wide. The FBI will be fine without me. The FBI’s mission will be relentlessly pursued by its people, and that mission is to protect the American people and uphold the Constitution of the United States.... this organization and its mission will go on long beyond me and long beyond any particular administration.... I want the American people to know this truth: The FBI is honest. The FBI is strong. And the FBI is, and always will be, independent."

It's a warning to any who seek to subvert justice and deny truth.
No comments: 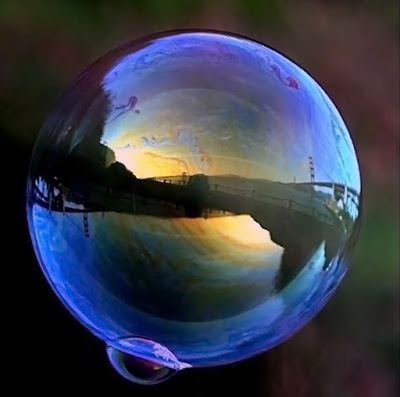 Constituents pay a price for leaders who try to avoid opponents and news that criticize their plans and policies. This is old hat for those in live in dictatorships, but it's new for the citizens of the United States and the United Kingdom.

Former Prime Minister David Cameron made a terrible mistake allowing last year's referendum on whether Britain should leave the European Union to proceed. He thought the Remain camp would win handily and this would be politically expedient for the Tories. Misinformation surged, notably that less money for EU membership would mean more funds for the National Health Service. The Leave side won and Cameron resigned.

Theresa May became prime minister, and over-confident about her abilities to negotiate a decent Brexit package, refusing to listen to valid concerns, called for a snap election. The woman who set the date for this election suggested she had no time for debate, and criticizes her opponents for their criticism.

Poor planning, misunderstanding public concerns, a lack of appreciation for the European Union, and arrogance are leaving British people with uncertainty and a flailing economy.

And then there is Donald Trump, whose campaign is being investigated along with Russian interference during the 2016 US presidential election. He will announce today whether the United States will stick with the Paris Accord, a voluntary agreement negotiated by more than 190 countries to reduce reliance on fossil fuels and combat climate change.

Trump promised during the campaign that he would withdraw from the Paris agreement, promising that the United States could do better by taking its own lonely path, relying on dirty coal rather htan developing clean alternative energies.

More than 95 percent of all legitimate researchers, many businesses, most countries view climate change as a serious economic, security and environmental problem. By withdrawing, the United States will trigger a backlash. People around the globe will protest and boycott the country for rejecting what is both sound research and common sense.

Too many politicians, once in power, try to live in bubbles. They avoid critics, blame the media for raising legitimate questions. They fear open debate and town halls, hoping their contrary ways will go unnoticed or eventually be accepted by weary voters.

But so many in the world seek leaders who emphasize cooperation. Those who want to go it alone should prepare for a global backlash.