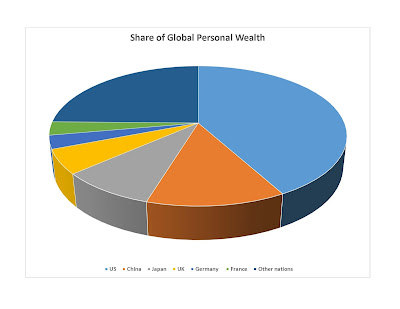 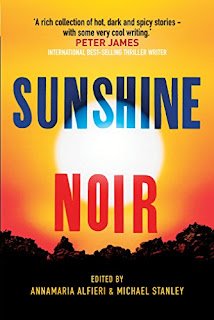 The synonyms for heat are many - fiery, sultry, sweltering, torrid, burn, scorch, stifling, steaming - and the same words often refer to anger and extreme behaviors.

Sunshine Noir, a collection of 17 short stories, examines a range of settings - and anger and evil lurk in each, whether they are lush or barren - the Sonoran Desert, a farm somewhere in Syria taken over by extremists, a village of shanties with corrugated roofs in Thailand, back alley secrets in Istanbul, a resort town in Cote d'Ivoire, a village in Botswana, a classroom in the French West Indies, an old port city in East Africa, tough streets in the Dominican Republic and more.

The collection is edited by Annamaria Alfieri and Michael Stanley. There is filth, dust, slavery,  insects, rotting food and putrid smells as well as control, failure and twisted logic and motivations.

These stories embrace all the characteristics of film noir as described by the late Roger Ebert in 1995 - though the critic does not limit noir by specifying geographic settings or temperatures.

So hot places are as suitable as cold ones, and just as dark. The stories are bleak and dark in every sense of the French word noir, and they offer no hopes of happy endings. The locations - filthy tents, shabby rooms, narrow streets - are mean, closed and dark, too.

Characters are jaded, the men ambitious or clueless, and the women just as tough, and all come from sordid and unhappy backgrounds that have left them broken and bitter. The dialogue is terse, whether cryptic or pointed. They are quick to lash out and blame others, but inside, most realize they have no one else to blame but thmselves as tthey lie, cheat, punish and kill without compunction. No one can be trusted and , and everyone senses death - their own or another's - is waiting just around the bend.

Ebert mentions cigarette smoking, and yes, there is some of that, but alchohol and drug abuse along with other bad habits work just as well, too.

Strangers do not connect, and when they do, the relationships are flawed and misunderstood based on past misadventures. And noir might be dark and ugly, but it's so satisfying to write.