Eulogy for my father

Joseph Harry was born in Crafton in 1928, just before the Great Depression hit. He is one of the smartest and most competitive people I have ever met. No one has taught me more about the preciousness of friends, family and home. For my father, there was no place like home

Over the years he shared so many memories of growing up on Fountain Avenue. He was the second of five children. He may have been born amidst hard times, but my grandparents did not complain and their children did not realize. He described a happy home, good times and a street where he never failed to find a pals and a pickup game.

Like so many high school students, he had doubts about his capabilities and place in the world. He graduated high school in 1946 and immediately joined the US Navy, hoping to travel the world, and he often described his disappointment at being relegated to driving trucks endlessly up and down the East Coast during the decommissioning process of World War II.

He returned home, decided his best subject was math and began studying accounting at the Robert Morris College which had set up temporary classrooms in the William Penn Hotel for returning GIs. While there, a judge teaching his business law class praised his ability for logic and sorting through complex legal matters – giving my dad well-deserved self-confidence. Perhaps that’s a reason we all relished a good argument.  He tested us and wanted us to be our best.

He graduated in 1951 and went to work at Dravo Corporation on Neville Island where he met my beautiful and kind mother Jeanne Marie who worked in the mainframe computer room, helping engineers prepare to run their data with punch cards.

My earliest memories of my father are in our Ingram bungalow. The end of the workday when the front door opened and he entered, a towering and beaming presence in suit and Fedora, carrying his briefcase – and my brother Mark and I rushed to give him a boisterous welcome because we knew that was when the fun began. But he was strict and set limits, too, because he wanted us to do well at school. Nightly, after supper, we sat at the dining table and did homework before listening to stories read aloud.

Soon, a little sister joined us to welcome him home. He expected us to protect and guide her and I was in biggest trouble when something happened to her under my watch … the most memorable was a hot summer day and a long walk. I decided to take a shortcut heading home along a steep slope where she lost control and tumbled down the hill. You can imagine my terror at bringing home his favorite toddler covered in scratches and bruises.

His biggest goal was keeping us safe, financially, mentally and physically, of that there was no doubt.  I’ll never forget the first time our family watched the Wizard of Oz, my absolute terror as the witch came on screen, taunting Dorothy and setting the scarecrow on fire. So my father whisked me up, wrapped my coat over pajamas and carried me out into the snowy night where we trudged up the yellow brick road of Admiral Dewey Avenue to climb Kreston Street, so steep for me back then. Once on top, he tucked his arms around me for an exhilarating and magical sled ride. Just one. And by the time we returned home, the witch was gone and so was fear.

My dad was so spontaneous and in recent years he appreciated our spontaneity, joining us to play basketball in the neighborhood park, heading downtown to see the big Pittsburgh duck at the Point, or heading to Oakland and Conflict Kitchen to try the cuisine of Afghanistan.

Time and time again, our father taught us to stand up for ourselves – and he did a good job because eventually we used these tools on him, as independent children are wont to do. Of course, we all had rocky periods with him.

But he was okay with that and there was also tremendous honesty, integrity, forgiveness and love.

As children, we never knew that tragedy hit when he lost an infant son in 1959. But we understood tragedy when he lost his wife, Jeanne, in 1964. My father devoted all his free time to care for us over the next five years, and he was so grateful to his parents and his sister for welcoming into their home.
The year after my mother die, he worked so hard to help with our homework, and I’ll never forget my first book report the first October that followed. A good cover was part of the grade and he took me down to the basement and sawed away at plywood and added hinges and we glued a piece of driftwood on that and a little plastic dog. It was early helicopter parenting.

In November 1969, he married beautiful Pat, the only woman I have met whose energy matched his own. These two fearless people who had each lost a spouse took the giant step of combining their families, seven children in all.  There was so much planning, joy and anticipation as they built a new home together. That year was the first season for the Brady Bunch, a time of huge transition in our country’s history.

We were living a story, the American dream, and both our parents prepared us well for the many transitions to follow. Seven children heading off for higher education despite recessions and job changes. My dad was happy and innovative during his last job at the old Kane Hospital until retirement, all the while enjoying his hobby of collecting old clocks and watches.

Over the years we heard him describe the many accomplishments of his seven children and ten grandchildren with glee and pride, never directly to any of us. At one time Mark couldn’t help but wonder if our dad only boasted about the other six children. But then one night Mark joined my father’s pals at the Martinique Lounge, where in later years my father stopped each night after work. The crew there had heard all our stories, many times over, and Mark listened and knew how much my Dad had loved him.

My dad was strong in so many ways. And his strength endured to meet his first great grandchild, dear little Penelope Jay, on July 19 of this year.

We realized how rich our lives were in 2009 when we gathered at Terri’s home in North Carolina to celebrate their 40th anniversary and how far we had all come since the late 1960s.

Admiration for my father has deepened since 2012 when he went to the hospital with severe pain and waited weeks before the doctors informed him that he had colon cancer and needed an operation. He was courageous through the illness and rehabilitation, never complaining or expressing bitterness. All he said was that he looked forward to returning to his home, getting back to Pat’s cooking and sitting in his favorite spot in the back yard to watch deer, rabbits, and a squirrel he had trained with peanuts.

My father had the chance to celebrate Father’s Day twice this year, once with Vince and his family. Then he was sent to the hospital and came home to celebrate again with a dinner that included my husband, me and his sister Betty.

On Father’s Day he was tired, but content and nostalgic, grateful for Pat’s love and care and a chance to share favorite memories with a cherished sister.

A few days later, he entered the hospital once again and he realized that he would not return home again. Again, he did not complain. Instead, he told stories of home and it became clear that he was reliving so many memories and relishing old friendships and childhood antics once again – one of the last memories he described to me was of friends in Crafton, daring one another to take a shortcut through a railroad tunnel in the neighborhood, racing along the tracks through the darkness to beat a shrieking whistle and make it to the other side before the train came roaring through.

And he marveled how much time had passed. More than once while in the hospital, he took my hand, impressing me with me how complex life is – his words – and how short and how happy and thankful he was to return home from all his adventures.

Dad I’m so proud of you. We love you and you will always be in our hearts.
1 comment: 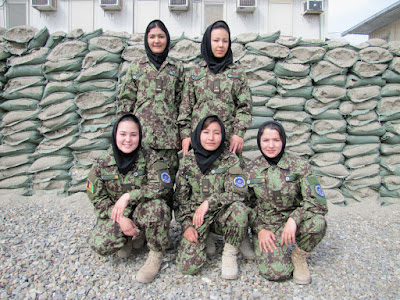