The US Supreme Court overturned Roe v. Wade, for now giving states the right to allow or ban abortions. Thirteen states have trigger laws; more lawsuits will follow, with more rights expected to be curtailed by the conservative US Supreme Court.

The new laws, without efforts on family planning and education, will result in thousands of unwanted children and increased poverty. Abortions won't end, and the communities will soon learn the costs.

Women and entire communities will have to adjust. Allure of Deceit, set in Afghanistan, focused on how the Taliban’s rigid controls for women resulted in lies, abuse and misery. 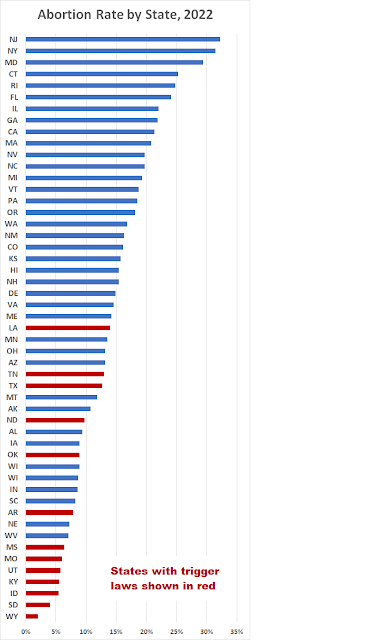 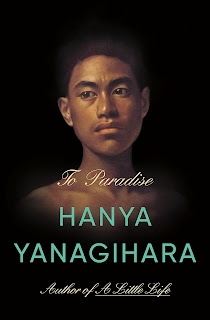 To Paradise, set in four time periods, reads as two distinct novels about a United States in decline, increasingly fragmented over social and political issues, environmental degradation and limited resources. I would not have imagined enjoying this story by Hanya Yanagihara, yet am glad I gave it a chance.

Each of the four parts follows imbalanced partnerships among characters who share a mix of names: David who rejects an approved marriage proposal from steady Charles in 1893, and instead takes up with Edward, rumored to be a scoundrel; partners Charles, a lawyer, and David, from Hawaii, in 1993; partners Charles, a renowned expert on emerging diseases, and Nathaniel, knowledgeable about Hawaiian artifacts, who struggle with a radical son, David, in the mid-21st century; and Charles with his granddaughter, Charlie, in the dystopia of late 21st century. Connecting the four tales is a Washington Square home in New York City.

The first two parts read as a series of gossipy anecdotes - wealthy men feeling angst over lacking a sense of purpose. In each, a young gay man is considered “naïve” and inept, coddled by family and lovers. The David of the first wakes up each morning, hoping to join “the slipstream of activities that animated most people’s lives” instead of facing “only a day as ill-defined as any other, one he would have to endeavor to fill on his own.” HIs life is a prison, “something he was only waiting to use up….”

Most of these characters pursue freedom while failing to realize that attempts to control others limits freedom for all involved. David of the first part achieves freedom by lying to his father and other would-be protectors. A narrator points out that the second part's David, yearning not to be a burden or disappointment, will only realize when he is older that no one is ever free: “that to know someone and to love them was to assume the task of remembering them…. that knowledge that your life was inextricable from another’s, that a person marked their existence in part by their association with you.” The second David resents his weak and indecisive father, for whom Hawaiian royal status was eliminated by developers and later statehood. The man, coddled by an angry, bitter grandmother, used by a manipulative friend, regularly waits for “the next day to begin.”

By the third story, society is in rapid decline. Nathaniel and son David resent Charles for his role in creating tighter restrictions on society to prevent the spread of disease, and Charles is upset that the boy does not finish high school and impregnates an older woman. “It takes a special kind of cruelty to make a baby now, knowing that the world it’ll inhabit and inherit will be dirty and diseased and unjust and difficult…. What kind of respect for life is that?” After David and Nathaniel die, Charles raises the child on his own.

Granddaughter Charlie, developmentally delayed, must navigate an increasingly rigid, impoverished society in 2094 that has endured a series of pandemics, but perhaps her limited understanding is a blessing. A medication during her childhood resulted in seizures, disability and a stunted personality, yet she adores her grandfather, the man who contributed to increasing controls including lockdowns, identity checkpoints, segregated neighborhoods, containment centers, and more, all in the attempt to protect society from disease. Charlie prefers routine, describing how even mystery stories, not knowing how they might end, made her anxious until the state bans such tales. Shortly before his death, the grandfather, recognizing the dystopia, arranges a marriage with a man named Edward, a partnership based on security rather than love.

New York of 2093 bans television, internet, or foreign travel, and the grandfather is on constant watch for hints of resistance: “to live in a place like this means to be aware that that little movement, that twitching, that faint, mosquito-like buzzing, is not your imagination but proof of another existence, the country you once knew and you know must still exist, beating onward just beyond the range of your senses.” Accurate information becomes precious, and some will even kill for it. “Data, investigation, analysis, news, rumor: A dystopia flattens those terms into one. There is what the state says, and then there is everything else, and that everything falls into one category: information.”

Those controlling the dystopia hope that people forget not only historic freedoms and rights but how “technology was once applied, and what it was once capable of doing, and how many ways we once depended on it, and what information it could provide.” Charles acknowledges his contributions to dystopia and wonders how people in places like Germany, Phnom Penh or Saigon knew when to leave: “I had always imagined that that awareness happened slowly, slowly but steadily, so the changes, though each terrifying on its own, became inoculated by their frequency, as if the warnings were normalized by how many there were. And then, suddenly, it’s too late.”

As society evolves, the characters transform from aimless to resigned, defeated and surrendered. Each tale is left hanging, each character confronting mortality, about to make a decision in changing the trajectory of his or her life story. “You just do it out of practice – because that’s what a human does,” observes a friend dying from AIDS in the second part. Peter, best friend to Charles, admits his biggest fear about dying is realizing how much of life he wasted. “I’m scared because I’m going to die not being proud of how I lived.”

The novel’s unusual structure contributes to the purpose. Complacency and comforts of earlier eras, attempts to control and protect, contribute to horrors that follow two centuries later.