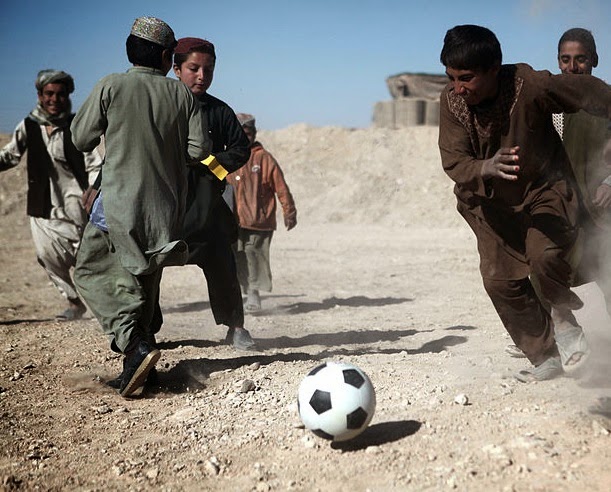 Parents could be on the front lines of preventing extremism.

Parents of teens do not realize how much their children observe and assess  their parents' attitudes, routines and responses to problems. Fear of Beauty and Allure of Deceit, both set in Afghanistan, demonstrate how families shape future citizens. With each crisis and disagreement, young characters could move toward moderation or extremism.

Do parents model anger and resentment for their children and blame others for their difficulties? Or do they work hard, demonstrating calm and courage during the life's most difficult periods?

In Allure of Deceit, one young character questions how his parents handle punishment of young girls in the village: "there was less pressure to sort out why he disagreed so vehemently with his parents on what was moral and what was good. It was terrifying to think his parents could be so wrong.... Saddiq wondered if his parents sensed the discrepancy in what his parents asked their sons to do. If his parents had secrets, so could he."

By the story's end, the character does confide in his father, and the man is capable of resisting attempts to nag or impose excessive controls.

Teens are open to new experiences, and parents must select their battles carefully. Teenagers are curious and trying to construct their own identity. Parents can monitor trends attractive for their children. Respecting the good choices early on, talking about those choices, can guide a person away from extremism. Parents should offer praise for the good choices in school, activities, friendships - and avoid focusing on petty details like odd clothes or hair styles.

Some failures are inevitable for both parents and children, and it's useful to experience it early in life. Parents should not try to insulate their children against every failure. Be thankful to the teachers in middle school who do not hesitate to hand out failing grades. Be supportive and accepting when a tryout for a team or event does not work out. Tea

Finally, parents should find time to do activities with young teens, gardening, cooking, community work, volunteering at an animal shelter, senior center, church program or more. Those few hours a week can reveal much and be precious.

Photo of teens playing soccer with the Marines, linguists and Afghan police, courtesy of NATO,, Cpl James Clark of the US Marines and Wikimedia Commons.