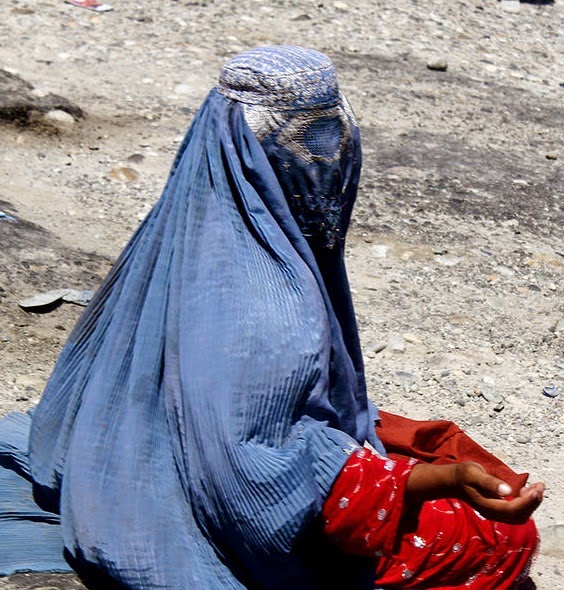 Charity can have a hidden agenda.

"The United States and Saudi Arabia on Tuesday sanctioned a Pakistani charity allegedly financing violent extremist groups in Afghanistan and Pakistan under the guise of humanitarian work," reports Jason Lange for Reuters. "The sanctions target the Al-Furqan Foundation Welfare Trust, which the US Treasury said had changed its name to avoid prior US sanctions."

Dubious charitable organizations have become a tool for funneling funds to illegal activities. Allure of Deceit is the story of a powerful foundation director who uses funds and programs in Afghanistan to investigate the death of her son. And another individual uses the charity to manipulate extremists to murder a foundation critic.

Name changes, mission statements, corporate partnerships - without some strict accountability, all can be manipulated for purposes other than charitable giving.

Photo of a woman begging, courtesy of Wikimedia Commons.