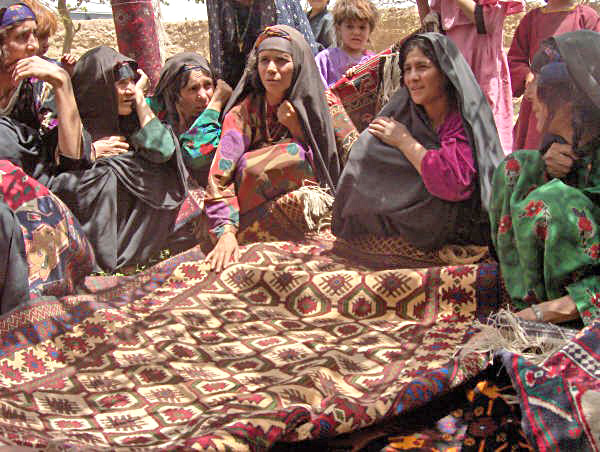 Can it be that giving funding to the wrong folks is far more destructive than no funding at all?

Anna Badkhen argues that the iniquities in Afghanistan are grotesque, particularly for women. She urges the international community "look squarely at our own complicity in the shameful circumstances of Afghanistan's women, billions of international aid dollars and 12 years after U.S. warplanes first bombed their ill-starred land." She is the author of The World Is a Carpet, a book that describes a year spent in a remote Afghan village and the dreams of women and children who work at weaving carpets.

Many schools have opened over the past decade, but progress in the country of 31 million is uneven with threats coming from all directions. Many girls eventually stop attending school.

Aid flows to those in power rather than vulnerable women. Badkhen calls for an end to violence, but also questions the withdrawal of NATO troops. Those troops remain targets for extremists. More than 195,000 Afghans have been trained, along with 5,000 special forces and thousands of police and security officers. More money will not help. The time has come for Afghans to resist bullying and stand up for the society they want.

Photo, courtesy of Wikimedia Commons and USAID, "Widows in the Adraskan District of western Afghanistan voted to form an association to produce and market traditional wool carpets in a USAID funded project."