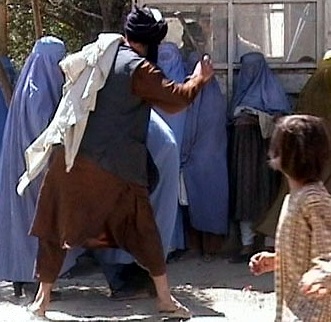 Negotiating with the Taliban is likely a futile endeavor - unless they are prepared to ensure equal rights for Afghanistan's women. They must be required to "frankly state their position on the status of women, particularly with regard to health, education, access to justice and above all political representation," writes Orzala Ashraf Nemat, an activist from Afghanistan, for The Guardian.

Firm conditions must be set before any negotiations begin. And the negotiators in this case should be required to post a bond of some sort, held in escrow, to prevent walking walking back on promises.

Some members of the Taliban may be prepared to renounce extremism and be prepared to compromise and live with decisions that are not exactly to their liking.  And they should prove this by walking away from the organization.The Taliban are few in number. And the opinion of a minority group that does not respect majority rights should not be over-weighted in global or regional circles.

But negotiators can't even be sure that the Taliban gathering in Qatar are representative of the region's Taliban.  The BBC reports that the group of 20 men includes no Taliban of Pakistan. "For years, the Afghan government and its Western backers have been trying to contact the Taliban, but they did not have a known address," reports the BBC News. "As a confidence-building measure, providing protection to those Taliban leaders participating in peace talks and finding them a permanent address became a priority for the US and the Afghan High Peace Council." The Taliban chose Qatar and the United States and Afghanistan went along. The Afghan government is rightly worried about the Taliban using the new base for promotion, recruitment or fundraising.

A few members of the Taliban are in a new locale, enjoying luxuries not available to them in Afghanistan. There are no guarantees they speak for other so-called Taliban in Afghanistan or have control over putting a top to extremism - convincing others to abide by political process.

The Qatar office could be nothing more than a scam.


NATO troops are withdrawing, and Afghans must choose the type of society they want. Most in the country probably do not want to go backward.

Photo of Afghan man beating a woman for removing her burqa in 2001, courtesy of RAWA and Wikimedia Commons.