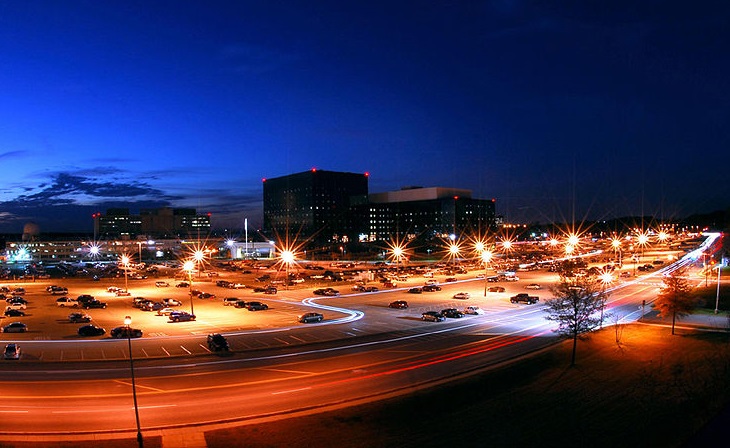 As the author of a mystery novel set in Afghanistan, I have often wondered if my internet wanderings have triggered alarms among analysts at the National Security Agency. And as reports emerged abut PRISM, I filed a request with the NSA’s convenient online form – inquiring about any files with my name or the title of my fourth book.

I would not be surprised if the months of research for the novel, Fear of Beauty, set in Afghanistan, didn’t hit some nerves. The story is told from conflicting points of view of a rural and illiterate Afghan woman and an Army Ranger, with a plot focusing on extremism, varying interpretations of the Koran, weapons and war, conflict among members of a provincial reconstructions team, surveillance and more. So I headed to the National Security Agency’s web page on the Freedom of Information Act and found: “If you are seeking personal records on yourself (i.e., security, medical, personnel, applicant, etc.) or the reason why you were denied a position with this Agency, you will need to submit a PRIVACY ACT (PA) request instead of a Freedom of Information Act (FOIA) request.”

The archive warns the public seeking FOIA requests that obtaining records can take a long time and be costly.   Many documents are already public available – and alternative sources should be checked first. “Overly broad requests are wasteful in time (yours, and the government’s),” the site notes. Appeals can be filed, and the public is advised to check in occasionally, but not harass the FOIA officers.

Long delays can be expected and the site notes that “agencies that handle national security information have delays ranging from a few months to several years…. Delays are exacerbated by the fact that, for most agencies, FOIA is not an agency priority -- budget or otherwise.”

Finally, the archive advises:  "Don’t send frivolous letters or file pointless appeals; they will delay the processing of yours –and others’ – requests."  My request was not frivolous, and the NSA and our political leaders need to know that a huge range of Americans, of all ages and backgrounds, are concerned.

A response arrived in less than two weeks, notifying me the request was denied.  I won't appeal, but Congress must review these programs, and eventually much of the methods and data collections will be declassified to truly determine what works and what doesn’t. Transparency could contribute to ongoing public support of the widespread surveillance while eliminating the many questions and concerns.

To conduct blanket sweeps on internet and phone conversations or not?  Blanket sweeps are time consuming and may not be helpful and the analysts have many alternative avenues to investigate. Opponents of gun control in the United States insist that blanket applications of background checks are ineffective – and that’s for actual weapons.  And perhaps that justifies outlawing the most lethal weapons, military-style assault rifles, just as government prohibits bombs, tanks and other military armaments.

Of course, blanket searches of any type may eliminate some bias of targeted searches and profiling, but not the labeling and stereotyping that may go on among thousands of analysts with minimal education and training who have access to our data.

And that’s the most troubling aspect of these programs. Hundreds of thousands of contractors with questionable backgrounds seem to have access to data, with so much potential for misuse and a lack of accountability among the managers who devised this unwieldy system.

Congress needs to get straight answers on the operations of the National Security Agency – determining what kind of data should be collected, the appropriate number of analysts who need access, and the proper level of training. The House of Representatives hearing on NSA surveillance was a start.

NSA headquarters at night courtesy of the NSA and Wikimedia Commons.