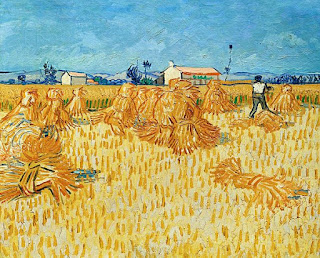 Some see work. Others see sweeping waves of golden beauty .... 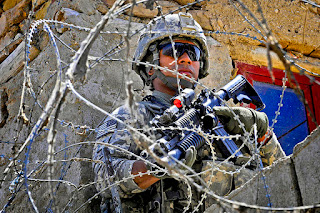 There's no such thing as bad publicity. And extremists in the Arab world were driving the publicity train for The Innocence of Muslims.

"Publicists could not have generated more curiosity for The Innocence of Muslims, ensuring universal viewing." - From YaleGlobal about the powerful essay in The Wall Street Journal from Husain Haqqani, professor of international relations and former Pakistani ambassador to the United States.
No comments:

Protests in Cairo over a film trailer, The Innocence of Muslims, originally called Desert Warriors, represent but a fraction of Egyptians, the vast majority who continue to go about their daily lives. Journalist Ethar El-Katatney provided perspective this morning on UP with Chris Hayes. Protests were reported in 23 nations, each fueled by varying sources of anger, the foolish anti-Muslim film serving as an excuse in many cases.

The protests are scattered and fragmented.

On the other hand, the vast majority of people in the United States, the third most populous country in the world, are puzzled, not prepared to fear and resent 1 billion Muslims.

Likewise, most Americans are not ready to dispense with freedom of expression. It may be difficult for other cultures to reconcile, but  most Americans both support peaceful protests that blast the US in Egypt and Libya and Yemen and beyond, as well as a mean, self-centered, biased filmmaker's right to make a film and, as writer Oscar Wilde once said, make an ass out of himself. Violence is wrong, freedom of expression is open to all. The nation's first president, George Washington, said in a speech to officers in 1783, “If freedom of speech is taken away, then dumb and silent we may be led, like sheep to the slaughter.”

Protesters can walk on the US flag, and this makes Americans stronger.

By now, protesters around American embassies in Egypt, Libya, Yemen, should realize the film "The Innocence of Muslims" was at best a lame project and at worst a deliberate conspiracy to stir anger at the United States and perhaps even influence the US election.

Reports that there is no film, just a trailer, and that actors report saying one set of words and the actual online release relying the offensive dubbing could point to the latter intent. Early reports that an Israeli was behind the project add to suspicions.

Terrorists know they can draw a comic, make a film, write a story and goad angry protesters and violence. The protests display not devotion, but a willingness to be pawns.

A better, more lasting and targeted revenge? Picking up a pen and drafting poetry, literature and scripts that show the cultural relevance of Islam.

Violence does not show respect for a religion.

And I just came across this from Deepa Kumar, writing for McClatchy: "At the end of the day, the far right in one country has more in common with the far right in other countries than with any other segment of the world's population. The vast majority of ordinary people are sensible and nonviolent."
No comments: 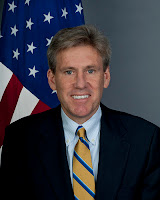 An essential step to close reading is exploring a writer's assumptions. Behind any text lurks a culture and lifetime of experiences.

"Many students who are unfamiliar with the Bible miss the nuanced and broad allusions, imagery, metaphors and symbols teeming in the novels of James Joyce, John Steinbeck, William Faulkner and others," I explain as a guest blogger for the Washington Post's "In Faith" section.

I refer to Ralph Waldo Emerson's essay on "Character," explaining that literature is a partner with religion in "exploring morality, truth and, as he put it, the 'reaffirmations of the conscience correcting the evil customs” of our times.'" (And while you're at it, go back and read "Self-Reliance," one of my favorites.)

As the English-speaking world becomes more diverse, so too is its literature, and there are many more influences to explore, including the Koran.