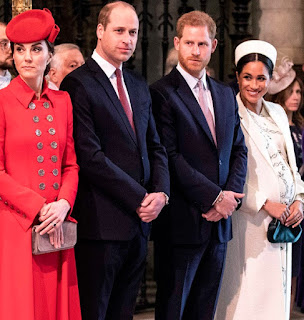 Staff members perceived Meghan, an American of a mixed racial heritage, as an outsider. In an interview with Oprah Winfrey, the couple described their disappointment over other family members declining to lend support in resisting negative attacks on Meghan.

During the interview, Harry suggested the entire family fears “the tabloids turning on them” and he described palace life as a “very trapping environment,” adding that he did not realize how trapped he was until he met Meghan.

Vanity Fair reports that the couple’s relationship with the palace is at a low point, with some staffers “comparing it to the period n the early 1990s when Charles and Diana’s staff would brief the media against each other.” Harry's parents separated in 1992 and divorced in 1996. Diana died the following year in Paris, after a car crash along with Dodi Fayad and the driver who lost control of the vehicle. A bodyguard survived. Reports suggest the driver was intoxicated and attempting to elude photographers on motorcycles. 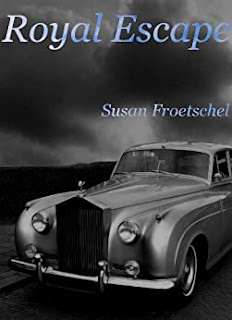 Parenthood can be a breaking point for individuals trapped by such a system. Royal Escape, a mystery novel about Elena, a fictitious British princess, and her two sons, explores the restrictions and classism from a mother’s point of view. Staff resent her global popularity, striving to contain her every move while playing her two sons off of each other. A system that appears glamorous on the surface institutionalizes inequality and minimizes individual choices. Elena does not want her sons growing up on a pedestal with limited career choices and friendships, prevented from living life as they please.

Perhaps nothing is more dangerous than questioning a mother's choices for her children or limiting their dreams.

Clinical psychologist Natalie Frank was initially skeptical about the premise of Royal Escape, questioning “how the author would attempt to pull off a plot and characters… too recognizable to fully come across as fiction. And where could the mystery possibly come in?” But she described it as a "must read" with a "magnificent protagonist."

As I mentioned in an interview for Irish World in 2009, “I hope my book reflects the challenges in a fair, yet thought-provoking way and that readers will better understand why some members might want to break away…”