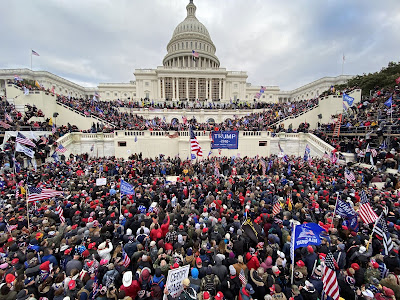 The US Federal Bureau of Investigation does not officially name domestic terrorist organizations – but Canada is doing a favor for its neighbor.

After the violent riots at the US Capitol on January 6, Canada is taking steps to add Proud Boys to its Criminal Code list of terrorist entities along with three Al Qaeda affiliates, five Islamic State affiliates, a militant Kashmiri liberation group, two neo-Nazi groups founded in the US and a Russian nationalist group. “These extremist organizations newly added to the terrorist list join the ranks of Boko Haram and the Taliban, among many others,” reports Rachel Aiello for CTV News.

The United States does not designate domestic groups as terrorists to avoid infringing "on First Amendment-protected free speech" because "belonging to an ideological group in and of itself is not a crime in the United States,” notes a US Congressional Research Service report. FBI Director Christopher Wray has pointed out in congressional hearings that the FBI investigates violence, not ideology.

Canada's Public Safety Minister Bill Blair maintains that "there is a threshold” when freedom of speech and freedom of association transform into violence, criminality and terrorism. Canada’s list now includes 73 groups. "This update hopefully sends a strong message that Canada will not tolerate ideological, religious or politically-motivated acts of violence," explained Canada's Blair. Supporting activities associated with groups on Canada's watch list, even making purchases from their websites, can result in criminal charges and revocation of passports.

The United States focuses on foreign threats. The country has designated more than 70 foreign groups as terrorist organizations - but not homegrown groups like the Ku Klux Klan or the Proud Boys.

Societies struggle to agree on a definition for terrorism, and that may be why it’s easier to detect terrorists from other cultures rather than those in our midst. Oxford Languages defines terrorism as “the unlawful use of violence and intimidation, especially against civilians, in the pursuit of political aims” - a definition that surely captures the essence of the January 6 attack on the US Capitol.

Authorities continue to make arrests, about 200 so far, and file charges daily. USA Today and other news organizations keep a running list of charges that include obstructing or impeding an official proceeding; aiding and abetting; knowingly entering or remaining in restricted building or grounds; violent entry and disorderly conduct; assault on a federal officer with a dangerous or deadly weapon; destruction of government property over $1,000; possession of an unregistered firearm; and conspiracy.

Some of the arrests were easy with suspects bragging and posting photos on Twitter, Facebook and other social media accounts. Many participants at the rally claim that they were doing the bidding of former President Donald Trump, who repeatedly and falsely insisted that he won the 2020 presidential election while berating former Vice President Mike Pence and lawmakers who did not support his claims: "we’re going to walk down to the Capitol, and we’re going to cheer on our brave senators and congressmen and women, and we’re probably not going to be cheering so much for some of them. Because you’ll never take back our country with weakness. You have to show strength and you have to be strong. We have come to demand that Congress do the right thing and only count the electors who have been lawfully slated, lawfully slated. I know that everyone here will soon be marching over to the Capitol building to peacefully and patriotically make your voices heard." 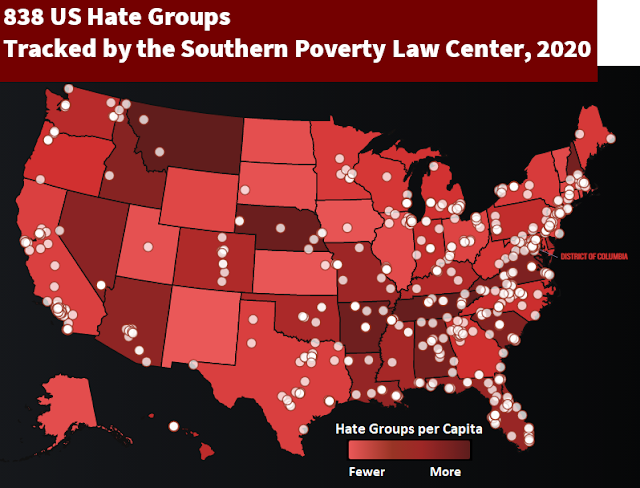 Authorities warn that terrorism and extremism are growing threats with active recruitment online. During a September 2020 US House of Representatives hearing on Homeland Security, FBI Director  Wray pointed out that combating terrorism is a top FBI priority, with more than 1,000 investigations and more than 120 arrests for domestic terrorism that year. "What I can tell you is that within the domestic terrorism bucket category, as a whole racially-motivated violent extremism is I think the biggest bucket within that larger group and within the racially-motivated violent extremists bucket, people subscribing to some kind of white supremacist-type ideology is certainly the biggest chunk of that," Wray said in response to questions from Michigan Representative Elissa Slotkin.

The investigations are not complete and more charges are sure to be filed. The FBI is also looking into whether foreign groups provided financial support to extremists behind the Capitol attacks, reports NBC News. And the Senate Intelligence Committee is examining the influence of Russia, China and other foreign powers. "By law, the most influential agencies, including the C.I.A. and the National Security Agency, are not allowed to collect information domestically," report Julian E. Barnes and Nicholas Fandos for the New York Times. The FBI and the Department of Homeland Security can collect such information.

Congress will likely consider new laws. Acknowledging the threat, pursuing accountability and swift consequences are the first steps in countering and defeating domestic terrorism based on so much misinformation.