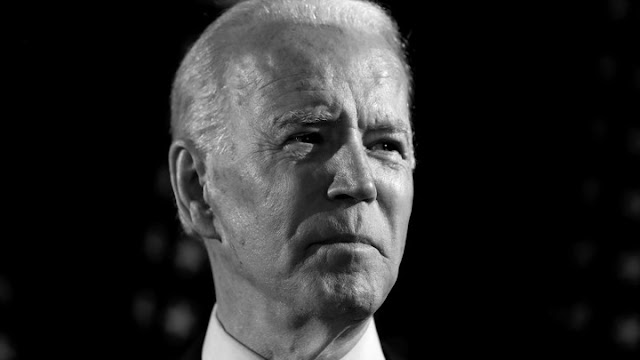 UPDATE: The networks have called the race for Joe Biden and Kamala Harris as of noon November 7.

Leading in the vote counts for Pennsylvania and Georgia, Joe Biden is poised to become the 46th president of the United States. Despite thin margins and three days of counting, with more to come, Biden's vows to restore decency, honor, dignity and personal integrity to the White House should not become an afterthought.

The pandemic ensured uncertainty about the outcome, disrupting the 2020 presidential campaign and flipping old stereotypes – as some seniors who long supported Republican candidates gave the nod to Biden while young adults, who once might have voted for Democratic candidates, approved Donald Trump’s rush to open the economy. The true extent might not ever be known because polls failed in providing accurate, meaningful counts.

The Covid-19 pandemic and a devastated economy emerged as leading concerns for voters, two issues that did not have to diverge. Trump's supporters do not see the connections between health and the economy and reject pandemic restrictions as a route to reopening the economy. Trump, by his own words, downplayed the virus early on, repeatedly promising that it would gradually disappear and suggesting the media would stop covering the pandemic once election day had passed. Instead, the country reports more than 100,000 new infections and 1,200 deaths, and the country can expect to endure pain with the approach of winter, as people spend more time indoors and are more susceptible to contagious diseases. The country is, in “a bad place,” warns Anthony Fauci, director of the National Institute of Allergy and Infectious Diseases, about the disease that is far more contagious and deadly than the flu.

Despite Biden's win, more than 40 percent of the country fervently supports Trump. Following the president’s lead, his supporters resist wearing masks or avoiding crowds. They mock and even threaten those who aim for caution, rejecting public-health initiatives, including testing and contact tracing, and claim that the media and public health officials have exaggerated the threat. Trump even suggested at one rally that doctors inflate Covid-19 deaths: "You know, our doctors get more money if someone dies of Covid." Earlier this year, media fact-checkers labeled as false reports claiming that Trump had called the pandemic called the pandemic a hoax,” Instead, they explained, the hoax to which Trump referred was media criticism of his handling of the pandemic rather than the virus itself. By October, Trump posted a Tweet, suggesting, “Cases up because we TEST, TEST, TEST. A Fake News Media Conspiracy. Many young people who heal very fast. 99.9%. Corrupt Media conspiracy at all time high.”

Such hair-splitting overshadowed the overriding argument. Trump's comments have motivated his supporters, representing almost half the population, to disregard advice from health experts. Hence, numerous reports emerged of shoppers berating and attacking store staff for asking customers to abide by local health regulations and wear masks. One security guard was even killed. Eventually, the CDC had to balance multiple threats: “The CDC recommended that businesses institute policies such as mask-wearing, social distancing and customer limits but warned that workers could be threatened or assaulted for enforcing them. " 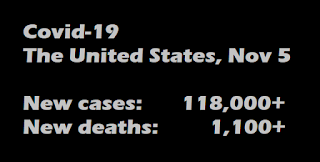 Simply put, half the US population, not to mention millions of onlookers around the globe, struggle to trust the common sense of large numbers of citizens who belittle expertise and science and refuse to treat the pandemic seriously. Individuals worried about the virus must now reconsider going to restaurants, gyms, salons and other service providers with owners who support Trump. Customers cannot help but wonder if financial advisors, car mechanics, construction workers, landscapers, child care workers, accountants, farmers, nurses, physicians and many more – so willing to reject expert advice on the pandemic – also cut corners and cheat on other regulations?

Citizens are paying attention, and some businesses can expect to lose many customers for good.

Wearing a mask demonstrates not subjugation but respect and common courtesy for others, a willingness to avoid unnecessarily exposing colleagues and strangers alike to a brutal disease that can kill the most vulnerable among us. The divide over Trump versus Biden has not only divided communities but has also broken many friendships and family ties.

From the start, Biden said the campaign was not about winning votes but repairing a nation that has lost its way. “It’s about winning the heart, and yes, the soul of America,” he said, in accepting the Democratic presidential nomination. “Winning it for the generous among us, not the selfish. Winning it for workers who keep this country going, not just the privileged few at the top. Winning it for those communities who have known the injustice of a knee on the neck. For all of the young people who have known only America being a rising inequity and shrinking opportunity. They deserve the experience of America’s promise. They deserve to experience it in full. No generation never knows what history will ask of it. All we can ever know is whether we’re ready when that moment arrives. And now history has delivered us to one of the most difficult moments America’s ever faced.”

He repeated that sentiment soon after the election as counts continued and signaled victory was within his grasp: "To make progress, we have to stop treating our opponents as enemies. We are not enemies. What brings us together as Americans is so much stronger than anything that can tear us apart. So let me be clear. I, we, are campaigning as a Democrats, but I will govern as an American president." Biden acknowledged the obvious challenges after a heated campaign.

Yet some issues are too big for compromise, as noted by Abraham Lincoln, in June 1858, when he accepted the Republican nomination to run as the Illinois candidate for the US Senate against Democrat Stephen A. Douglas. Douglas sought compromise on the issue of slavery and, to the alarm of some fellow party members, Lincoln insisted some issues, like slavery, pose moral imperatives. His fiery speech borrowed a phrase from the Bible to reject strategies of unending compromise:

"Under the operation of that policy, that agitation has not only, not ceased, but has constantly augmented. In my opinion, it will not cease, until a crisis shall have been reached, and passed. 'A house divided against itself cannot stand.' I believe this government cannot endure, permanently half slave and half free. I do not expect the Union to be dissolved - I do not expect the house to fall - but I do expect it will cease to be divided. It will become all one thing or all the other. Either the opponents of slavery, will arrest the further spread of it, and place it where the public mind shall rest in the belief that it is in the course of ultimate extinction; or its advocates will push it forward, till it shall become alike lawful in all the States, old as well as new - North as well as South."

Lincoln lost that Senate race, but historians later suggested the sentiment of  the "house divided" speech  propelled him to the presidency. In that speech, he pointed out that the Supreme Court would make far-reaching decisions on slavery based on laws:  "We shall lie down pleasantly dreaming that the people of Missouri are on the verge of making their State free; and we shall awake to the reality, instead, that the Supreme Court has made Illinois a slave State. To meet and overthrow the power of that dynasty, is the work now before all those who would prevent that consummation."

Some Americans display similar passion today, ready to fight on some issues, including climate change and abortion. They embrace Lincoln's conclusion: "if we stand firm, we shall not fail. Wise councils may accelerate or mistakes delay it, but, sooner or later the victory is sure to come."

The nation's divisions today are far more pervasive today than the regional disagreements of the civil war, and cannot be resolved with violent extremism as suggested by Steve Bannon, a former advisors for Trump. He called for the firing of FBI Director Christopher Wray and Dr. Fauci in a YouTube show that has since been removed from the platform:

“Now I actually want to go a step farther, but I realize the president is a kind-hearted man and a good man. I’d actually like to go back to the old times of Tudor England, I’d put the heads on pikes, right, I’d put them at the two corners of the White House as a warning to federal bureaucrats. You either get with the program or you’re gone – time to stop playing games.... The [American] revolution wasn’t some sort of garden party, right? It was a civil war. It was a civil war.”

Joe Biden has inherited a mess, including a pandemic out of control, a ruined economy and a divided citizenry. The country must wait until January 20 for  Biden's inauguration, but in the meantime, he can continue to listen, focus on policy, offer consistent messages, and calmly lead by example rather than showmanship, misinformation and a mob mentality.