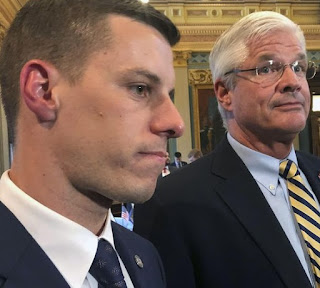 One side interfered in the 2020 presidential election, and it was not Democrats.

● In April, tens of millions of stimulus checks, bearing Donald Trump’s name, were sent to US citizens, with the Associate Press noting, “It marks the first time a president’s name has appeared on any IRS payments, whether refund checks or other stimulus checks that have been mailed during past economic crises.” A similar ploy was tried with a drug discount card for Medicare recipients, but failed.

● Louis DeJoy, an expert in supply-chain logistics, took control of the post office in June 2020 even as election officials around the country, in the midst of a pandemic, encouraged voting by mail . Soon afterward, postal employees and customers noticed a marked slowdown in the mail. Fourteen states filed a lawsuit alleging DeJoy misused his authority to aid the reelection of Donald Trump. Federal district judge Stanley Bastian wrote: “At the heart of DeJoy’s and the Postal Service’s actions is voter disenfranchisement.”

● Far-right activists were charged for using robo-calls to target black voters in Michigan, Illinois, Ohio, Pennsylvania and New York. The calls discouraged voters from registering to vote by mail and giving information to the government that could aid with debt collection or tracking suspects with warrants.

● Election officials in Georgia report that Senator Lindsey Graham of South Carolina reached out to Georgia’s secretary of state to suggest finding ways to exclude or invalidate absentee ballots that had been legally cast. Graham insists he was worried about the “integrity of the election process nationally” and trying to understand the procedures in multiple states. Richard Painter, chief ethics lawyer for former President George W. Bush noted: “Bottom line, we have a senator calling a key election official in the middle of an election as they're counting the vote – in a state he does not even represent – and apparently making suggestions to toss ballots. I find that to be clear interference in the electoral process and it's troublesome if he's doing it in order to help Trump." Georgia certified its election results today, naming Joe Biden the winner in the presidential race.

●  Joe Biden won Michigan by more than 150,000 votes but some Trump followers hope to undermine that victory by invalidating the votes from Detroit. At least four Michigan lawmakers are meeting with Trump today: Mike Shirkey, leader of the State Senate, and Lee Chatfield, House speaker, along with legislators Tom Barrett and Jason Wentworth. “White House and campaign officials said the president was acting on his own with what amounted to a pressure campaign to meet with lawmakers in the hopes of changing the outcome of the election," reported the New York Times. "But this is fraught with risks for the Michigan Republicans meeting with Mr. Trump because there are other races that were called for Republicans in the state that also have to be certified.” 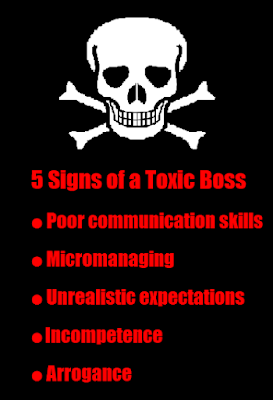 Politico suggests that the meeting could be transactional in nature and possibly even an attempt at felony bribery. “Under Michigan law, any member of the Legislature who ‘corruptly’ accepts a promise of some beneficial act in return for exercising his authority in a certain way is ‘forever disqualified to hold any public office’ and ‘shall be guilty of a felony, punishable by imprisonment in the state prison not more than 10 years[.]’”

Losing power is hard, and Donald Trump is a desperate man. He faces criminal and civil probes, and he owes hundreds of millions of dollars: “Virtually all of Donald Trump’s debt - there is at least $1.1bn of it, according to his government financial disclosures and other documents - is backed by real estate, mostly linked to a small number of buildings and golf courses that form the core of the Trump business empire,” reports the Financial Times.

Trump has run out of time for using his position to attract attention and leverage, and relies on stooges. The Oxford Languages dictionary defines a stooge as “a person who serves merely to support or assist others, particularly in doing unpleasant work.”

A toxic boss regularly turns staff and friends into stooges. Researchers and career experts, according to CNBC, points to five warning signs of a toxic boss: poor communication skills, micromanaging, unrealistic expectations, incompetence and arrogance. They take credit for all successes and blame underlings for any failures.

Trump has lost the election but will continue to pull strings, treating Mike Pence, Mike Pompeo, William Barr, Lindsey Graham, Nikki Haley and many other Republicans as his stooges. Republicans should be wary about signing on to do Trump's bidding. The demands will never end, and few come away with their reputations intact.