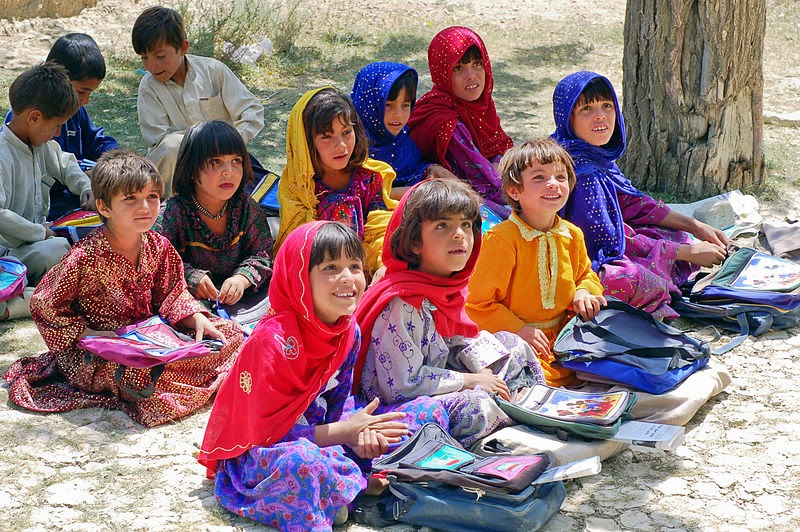 Some older folks, the insecure ones, like to think they can control the young.  Fear of change can lead to bitterness, religious extremism, and opposition to education and innovation, as indicated by today's Taliban attack on a school in Peshawar. More than 135 million, most children, were killed by six attackers, reports the BBC News.

"This brutal attack may well be a watershed for a country long accused by the world of treating terrorists as strategic assets," writes Aamer Ahmed Khan for  BBC News. "Pakistan's policy-makers struggling to come to grips with various shades of militants have often cited a 'lack of consensus' and 'large pockets of sympathy' for religious militants as a major stumbling-block."

A handful of bullying extremists, especially those with weapons, can wield excessive influence over routines or policies, especially those of a small community. The stunning observation that Taliban only numbered 75,000 or so in Afghanistan - a country of more than 30 million people - prompted the story behind Fear of Beauty.

Bullying is easier when a huge segment of society lacks power. The median age of Afghanistan is 18, so half the nation's people are under that age. Half the population is women. That leaves 25 percent adult men in control, and the literacy rate for them is but 43 percent.  For women, it is much lower.

The graph offers a glimpse into the median age of other countries, ranging from 17 in Chad and South Sudan to 32 in Qatar.

Governments with large, young populations should avoid dangling hope while not providing the resources for achieving their dreams, suggests Yara al-Wazir, writing for Al Arabiya News. She refers to young Arabs but the sound advice applies to all in pointing to a dangerous trend: "I’m talking about the wave of lectures and talks about entrepreneurship, leadership, and motivation with little to no follow up or support on actually achieving the messages these lectures call for. Young Arabs don’t need talks to inspire them; they need a job and an opportunity to inspire everyone else."

She concludes by urging readers to give the young a chance to inspire. As we have noted on these pages before, be wary of any who discourage curiosity or education. A country's future is threatened if attending school is dangerous.

Photo of schoolchildren in Paktya Province, Afghanistan, courtesy of  Capt John Severns, US Air Force, and Wikimedia Commons. He notes: "The school has no building; classes are held outdoors in the shade of an orchard." Population data on graph, courtesy of Worldometers; median age, courtesy of CIA World Factbook.