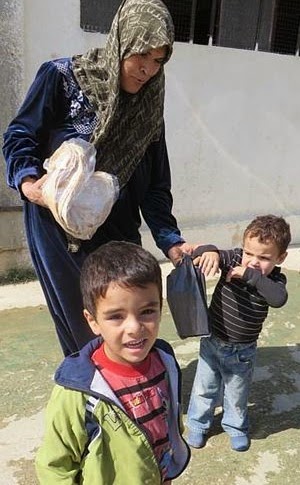 YaleGlobal describes dangerous trends in the Middle East and how extremists compound the desperation.

The Islamic State adds to record numbers of refugees and dangers for aid groups.

The lead host countries for refugees include Pakistan, Iran, Lebanon, Jordan and Turkey where Islamist charities are on the front lines.

Meanwhile, governments want to prohibit any funds headed to the extremists and charities being used to launder their money. Wide bans on aid groups is adding to the challenges and desperation.

Vulnerable refugees are easy marks for extremist recruiters. "The protracted plight of these refugees has become an international security issue as terrorist groups have recruited from refugee camps," notes Jill Goldenziel of Harvard University.

The YaleGlobal article concludes, "The UN anticipates 27 percent more funding is needed for humanitarian aid in its 2015 budget over 2014, with the bulk of that to be spent in Syria, Iraq, South Sudan and Sudan. Reduced aid could transform humanitarian emergencies into security crises."

Photo of Syrian family collecting bread and other aid, courtesy of H. Murdock, Voice of America and Wikimedia Commons.