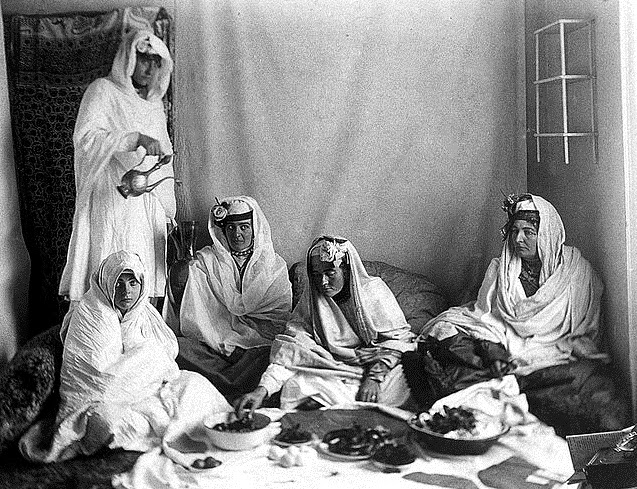 A number of cookbooks have focused on the Silk Road, the network of trade routes winding through Asia and Europe, but few are as ambitious as Silk Road Gourmet by Laura Kelley. She ties food and recipes of 30 nations with smart historical research and a keen sense of connections. Readers who enjoy a certain setting often want to try their hands at the cuisine - and for those who read about the Middle East, Central Asia, China and India, Kelley's books and blog are a treasure. She delves into historical records and editions in libraries and museums to explore crockery, processes, recipes. I first discovered her work by reading a BBC News article about onions that begins with a description of  Yale University's Babylonian Collection and the world's oldest known cookbooks on clay tablets. The article then goes on to praise Kelley's research and recipes.

"Exploring how food is a part of an ethnic group’s or nation’s material culture has always been a private interest of mine as well," her website notes. "Everywhere I went, I saw connections between cultures in their foods and big sweeping patterns of ingredients or methods of preparation sweeping across the Old World.  How the land and maritime routes of the Silk Road brought about an early period of globalization became the theme to express these ideas about food and the world."

One recipe from Kelley's widely acclaimed book that readers of Fear of Beauty will want to try: Chicken With Apricots in Lemon-Pepper Sauce. She notes the dish, spicy and sweet, is an example of the Persian influence on Afghan cooking. (Recall that the villagers of Laashekoh were refugees from earlier wars and migrated southeast through Afghanistan until settling in northern Helmand. Apricots have a role in the novel, along with pomegranates, cumin, saffron, raisins and other wonderful ingredients from the region).

Her recipe calls to mind an old favorite recipe from New England: roasted chicken with apricot-nut stuffing. The comparisons are not so outlandish considering that Kelley herself writes about "How Colonial Americans Were Inspired by Asian Spices":

"When we think of the diets of our founding fathers and mothers, we imagine porridges, breads, fresh and preserved fruits and vegetables, and gently flavored roast meats.  What most people don’t realize is that the colonists had a taste for exotic fare from all over the world and would pay dearly for delicacies from India, China, Indonesia and other places far from the shores of North America. In addition to buying authentic food items, the colonists tried to recreate these dishes based on taste and the ingredients they had on hand."

The connections are constant in Kelley's work. Check out her blog for more recipes - and you won't be able to resist trying the entire collection! The love and attention that goes into her writing and research are inspiring.

Photo of women at an Afghan meal, courtesy of Wellcome Images and Wikimedia Commons.
No comments: