The purpose of children 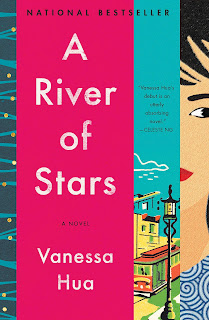 Scarlett Chen, impregnated by her employer, is sent to a secret home in California, with the goal of obtaining US citizenship for the infant. The employer, already married with three grown children, is possessive, "acting as if he had a right to her every thought, to her every move." Perfume Bay is more prison than resort, and Scarlett is furious when the home's manager, Mama Fang, hands over payment and expects her to give up any claim to the child. Mama Fang had hardened herself to the cruelties of such an unscrupulous business, vowing to watch out only for herself. “She did not know then that this vow would harden her. If you only looked out for cheats and con artists, you only found cheats and con artists. You became one yourself.”

Scarlett refuses to comply. Raised by an angry, controlling woman whos enforced strict one-child limits in their poor village, she resents inequality, being told what to do. And so Scarlett flees Perfume Bay. "America called to her: the land of cars, of fast highways that opened up the country that she'd always wanted to explore, the country where she could make a life for her daughter." She soon discovers that the corruption and inequality of factory work in China are not so different from the tough scrabble in San Francisco’s Chinatown. Compounding her stress – a soon-to-expire tourist visa means that she must dodge immigration authorities as well as the detectives dispatched by her lover and his friend to hunt her down.

Vanessa Hua analyzes the role of children and families, and the struggle for immigrants to the US, where “even the most prosperous had to endure snubs, slurs, and worse.” Families become insular and children become the means for pursuing a better life. “For the poor, children doubled as their only retirement fund. For the well-off, their children were still a kind of currency, in the rivalry among one’s friends and colleagues, and in the lifetime tally of success.”

Such goals become futile as parents approach end of life, and one character observes: “The prospect of death coming closer made you consider your life, what you wanted in what remained.”

Raising a child in harsh conditions, the need to sacrifice, Scarlett gains a new perspective on life and gradually comes to understand her mother’s tough ways. Valuing and using her ingenuity and setting firm priorities, Scarlett becomes more intent on giving to her immediate family and friends rather than taking.