The task at hand 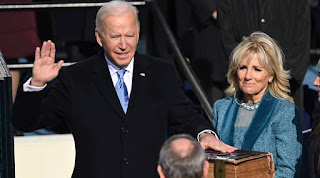 Joe Biden, the 46th president of the United States of America, begins the tough work of governing in the midst of unprecedented challenges including the Covid-19 pandemic, economic uncertainty and deep partisan divisions. “Few people in our nation's history have been more challenged or found a time more challenging or difficult than the time we're in now,” Biden warned.

Like Kennedy, Biden reminded citizens of their responsibilities: “As we look ahead in our uniquely American way, restless, bold, optimistic, and set our sights on the nation we know we can be and we must be” – that all have a part in repairing, restoring, healing, building and contributing to the nation’s unity.

Biden promised to devote his “whole soul” is in uniting the country: “And I ask every American to join me in this cause. Uniting to fight the foes we face, anger, resentment and hatred, extremism, lawlessness, violence, disease, joblessness and hopelessness.” He urged Americans to “see each other, not as adversaries, but as neighbors” and he asked Americans not to dismiss unity as a “foolish fantasy,” even though “the forces that divide us are deep and they are real.”

The work of uniting and improving the nation for all is never done, and each American has an opportunity to participate.

The task requires listening to one another, showing respect, seeing one another, defending democracy and the Constitution:  “And we must reject the culture in which facts themselves are manipulated, and even manufactured.” He urges all citizens to work towards common goals including “opportunity, security, liberty, dignity, respect, honor and, yes, the truth.”

Biden called on Americans to “end this uncivil war that pits red against blue, rural versus urban, conservative versus liberal” by opening souls rather than hardening hearts. If all step up, “master this rare and difficult hour,” America will be stronger for it and “pass along a new and better world on to our children." And he quoted from the song “American Anthem,” written by Gene Scheer and performed by many artists:

“Let me know in my heart
When my days are through
America America
I gave my best to you.

"Democracy has prevailed," he said. But that is true only if Americans are vigilant about protecting democracy. Americans have another opportunity to draft a chapter of American history together: “...together, we shall write an American story of hope, not fear,” Biden concluded. “Of unity, not division. Of light, not darkness. A story of decency and dignity, love and healing, greatness and goodness.” 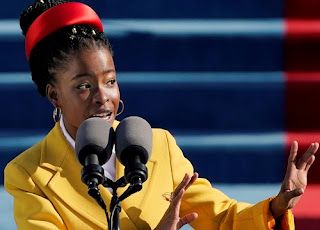 And the poem by Amanda Gorman, the country's first youth poet laureate, concluded by emphasizing that each individual can choose to be a beacon of democracy and light:

That is the task at hand. 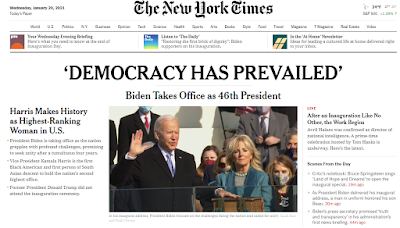 Read the transcript of President Joe Biden’s Inaugural Address. Read the poem "The Hill We Climb" by Amanda Gorman.