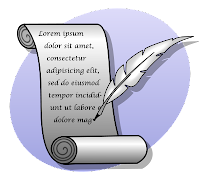 Writing offers a window into the thoughts of others - and as such, writing and tools that aid revision and fine-tuning should be also encouraged. Fortunately, the I Write Like tool does not store or use inserted text for purposes other than the quick assessment.