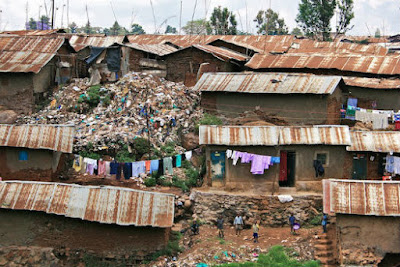 Photo of a Nairobi slum, courtesy of Africa.org.