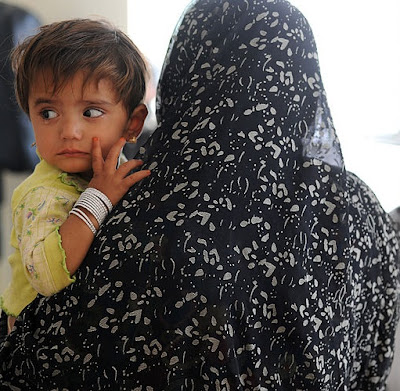 Parents now find themselves on the front lines of battling extremists.

Others, like the Tsarnaev brothers, act as so-called lone wolves.

The extremists recruit with propaganda, and are adept with social media, presenting their twisted rampage as a grand adventure with up to 2000 Twitter accounts, according to a census reported by the Brookings Institution. At risk are teens and young adults who feel inferior and wrestle with their place in the world, many raised by parents who are resentful and bitter themselves. A minor identity crisis is trying out new clothing, hairstyles and activities that rebel against expectations of parents and teachers. A major crisis is running away from home, engaging in substance abuse, joining a cult or extremist group.

More than 50 years ago, psychologist Erik Erickson described how those aged 12 to 18 develop a sense of self and way of viewing their role in the world. Teens “perversely test each other’s capacity to pledge fidelity” and “The readiness for such testing also explains the appeal which simple and cruel totalitarian doctrines have on the minds of the youth of such countries and classes as have lost or are losing their group identities,” he wrote in Childhood and Society, a recipient of both Pulitzer Prize and National Book Award.

His writings about identity crisis are relevant today.

People construct their identities throughout life, but the feelings of crisis are particularly acute during adolescence and soon afterward. We resist parental rules. In my case, I resented my father who prohibited me from driving or going out with friends. Though we lived in the same home, I stopped talking to him for nearly two years. Eager for independence, I skipped school, took a bus into the city and ate lunch in bars, dressing in casual business attire. I remained aloof from others, pointedly not ordering alcohol to avoid being asked for a driver’s license. I selected a setting and attire that made me feel sophisticated and in control.

Constant comparisons over social media, intense competition for colleges and jobs, and young celebrity stories of spectacular success complicate identity formation for today’s teens. Dependence on one’s parents can now stretch out to age 25 or beyond – both for those pursuing higher education and those who end schooling early and struggle to compete in a high-tech world and a troubled job market.

Parents and teachers prepare for identity crises in advance, reducing the lure of extremism.
Too much nagging can push young adults to unwanted activities. Parents and schools must select battles, avoid excessive rules and resist automatic dismissal of young ideas. Praise good choices in school, activities and friendships. Do not get caught up in petty details on odd clothes, hairstyles.
Early on, parents can introduce children to a diverse range of activities and find time to work on a project together – if only a few hours a week gardening, cooking, or volunteering at an animal shelter, senior center, or church program.

Let children experience some failures early in life so that they learn to strive for comebacks and seek new pursuits. Be grateful to teachers in middle school who challenge students and hand out low grades for lack of effort. Be supportive and good-natured when a tryout for a team or other activity does not succeed.

Children and teens observe their parents' attitudes and responses to problems. Parents can model anger and resentment, blaming others for their difficulties. Or they can demonstrate calm, courage and tolerance during difficult periods.

From an early age, children should be taught to avoid prejudice and those who discourage education, debate or humor.

Finally, parents and schools can rely on the narratives in literature or current events that demonstrate the futility of extremism. Erickson himself wrote in Identity: Youth and Crisis: “No wonder that in young people not inclined toward literary reflection, such deep-seated negative identities can be reabsorbed only by a turn to militancy, if not transient violence.”