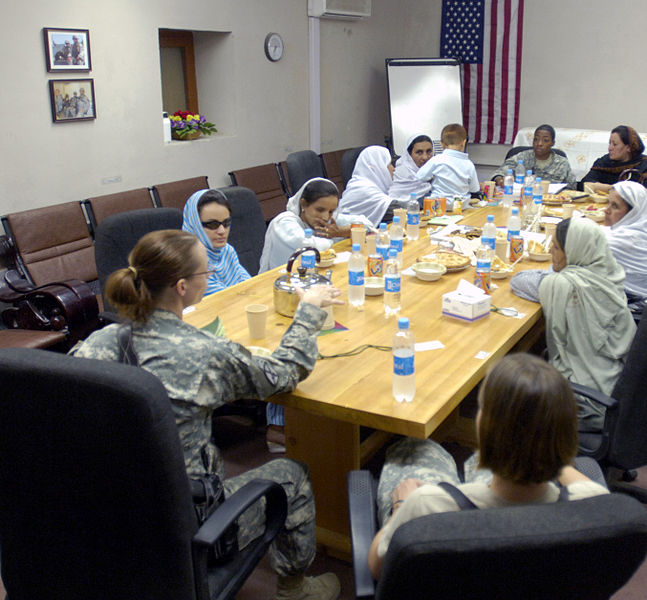 Men who fear independent women are weak, no question about it. "Attacks on women in Afghanistan show the weakness of militants and aim to create panic in society, officials say," reports Najibullah in Kabul for Al-Shorfa. Two women serving as the women's affairs director for Laghman Province have been assassinated, one five months after the other.

"Condemnation has grown stronger in the wake of Najia and Hanifa's assassinations," the article concludes. "Not only is killing an innocent woman considered the greatest shame in Afghan culture, but Islam prohibits it, said Khalilullah, an Afghan citizen."