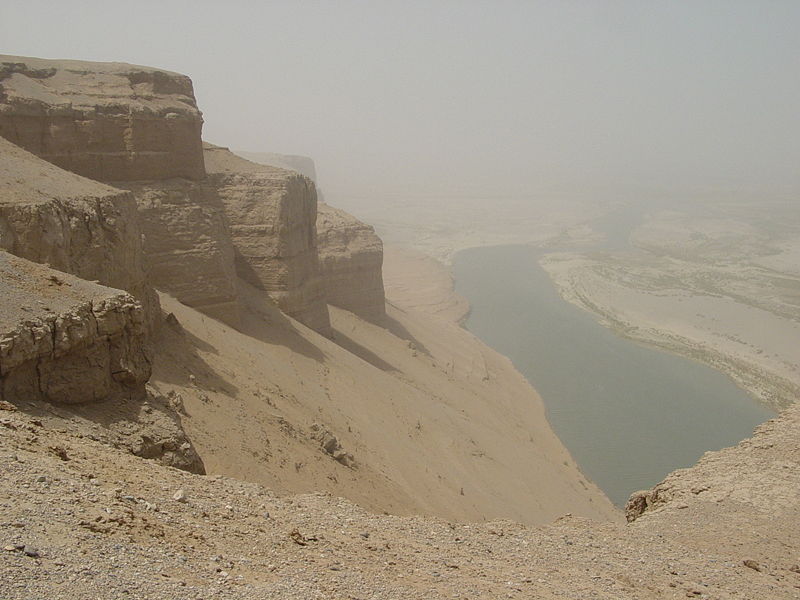 Great questions from Jordan Rich of CBS Boston, WBZ 1030 - about Afghanistan, the troops returning home and their accomplishments, and women's rights.

Note: I was thrown off by the first question, "Why did you go there?" Of course, he meant why did I choose to write about Afghanistan - a long story that includes a list of many chance encounters. Before our call, he had already asked if I had actually traveled there and he knew the answer was no.
No comments: 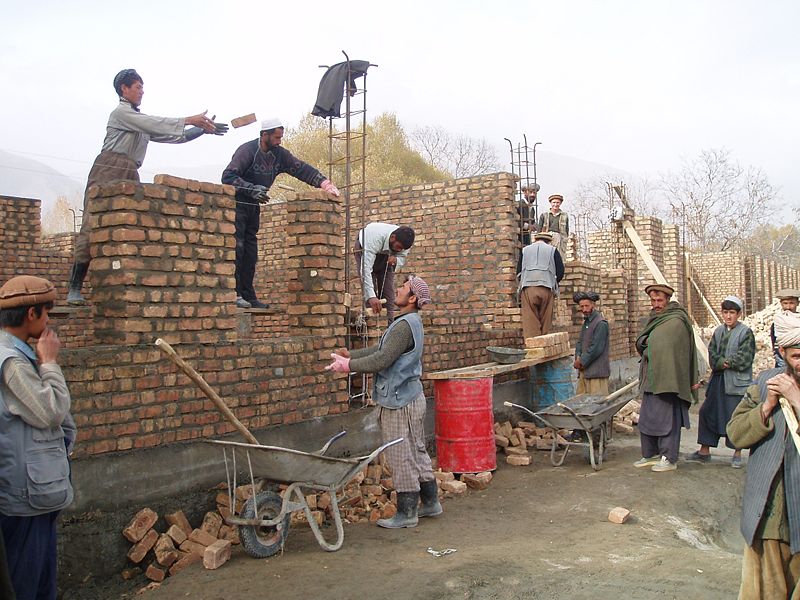 For those who think that the imagined village of Laashekoh cannot be real, consider this description from Jennifer Glasse of Al Jazeera:

"Saira Shakeeb Sadat wants her district, Khwaja Dukoh, to change. Surrounded by mud walls, the dusty hamlet in the remote northern Afghan province of Jawzjan is home to about 5,000 families. The isolation means security is good here, but little aid has reached the town....

"'There are a lot of limitations for working women everywhere in the world but especially in Afghanistan, where there are cultural restrictions,' she says. 'The only thing I have learned from the limitations of women in our society, is that if we have a goal and have self-confidence, we can get things done and fight those limitations...'  She believes that one of the key steps in battling those confines is education."

The women of Afghanistan are strong and ready to work on improving their communities.

Photo of Afghans building school in Herat, courtesy of  the US Agency for International Development and Wikimedia Commons.
No comments:

In December, the US Congressional Research Service released a report on casualties in Afghanistan among both military forces and civilians. Operation Enduring Freedom began October 7, 2001 - and also include US casualties in neighboring Pakistan and other countries.

The statistics are rough as so often is the case with war. Because NATO's International Security Assistance Force does not post casualty statistics of partner countries, the CRS report relies data from CNN.com. Also, reporting on casualties of Afghans by the United Nations did not begin until 2007. The Special Inspector General for Afghanistan Reconstruction once included casualty reports in quarterly reports to Congress, but has since ceased this practice, reports Susan G. Chesser, information research specialist and author of the report. So the data are from CNN, Reuters and multiple sources. The Congressional Research Report does not include data from Taliban sources.

"Because the estimates of Afghan casualties contained in this report are based on varying time periods and have been created using different methodologies, readers should exercise caution when using them and should look to them as guideposts rather than statements of fact," notes Chesser. "This report will be updated as needed."

This report is vague on total casualties among Afghan troops and focuses on recent years. But Afghanistan Monitor points out a total of 1,043 ANA troops were casualties from 2007 to June 2010 and also: "Figures from 2002 to end 2006 are not available but estimates put the number at 7,000 or higher."

Photo of Marines in Helmand, courtesy of DVIDSHUB and Wikimedia Commons
No comments:

Happiness hinges on satisfaction with our achievements, which in turn can hinge on levels of health care, education and income. We live in an era when personal and collective achievements are obvious, and comparisons in our community, in the entire world, are easily made.

A chapter in Research in the Findings in the Economics on Aging, written by Angus Deaton and edited by David A. Wise, from the National Bureau of Economic Research and published in 2010 by the University of Chicago Press, presents self-reported data from 132 nations on life satisfaction:

"In particular, the very strong international relationship between per capita GDP and life satisfaction suggests that, on average, people have a good idea of how income, or the lack of it, affects their lives. It is simply not true that the people of India are as satisfi ed with their lives as the people of France, let alone Denmark, nor is it true that people in sub- Saharan Africa, or Afghanistan, Iraq, or Cambodia, are as happy as people in India."

Recognition of the status of others and the ability to make comparisons shape such self-reporting, and Deaton concludes:

"People may adapt to misery and hardship, and cease to see it for what it is. They do not necessarily perceive their lack of freedom as a problem; the child who is potentially a great musician but never has a chance to find out will not express her lack of satisfaction, and whole groups can be taught that their poor health, or their lack of political participation, are natural or even desirable aspects of a good world."


The analysis for the aging report is based on the Gallup World Poll, which collected data from samples of people in each of 132 countries during 2006.
In Fear of Beauty, the main character, an Afghan woman living in a remote village, insists to a US aid worker that she is free and happy, and we'd like to think she feels the same a few decades from now.

Photo courtesy of  U.S. Air Force Senior Airman Adam Grant and Wikimedia Commons, which explains "An elderly Afghan woman looks on as members of Kunar Provincial Reconstruction Team perform a quality assurance check on the Zagrando Bando School Jan. 8 [2011]. The completion of this project will help provide a safe and sanitary environment that is conducive to learning and by improving the literacy rate in the area by a projected 25 percent." 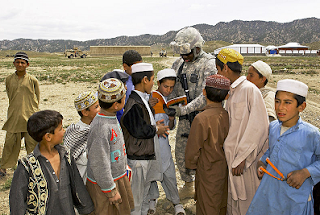 "it’s a mistake to think we can glide through modern life unaffected by others’ struggles with literacy. Consider the manufacturing employee who can’t read warnings on labels, mixing the wrong chemicals and releasing a gas that injures co-workers or home health aides earning minimum wage who can’t follow directions on medication packages or equipment. Too many legislators and citizens don’t read bills before the votes are cast. And then there was the subprime mortgage debacle, with thousands of home buyers trusting loan officers on unrealistic and unaffordable terms, signing toxic contracts that eventually threatened the global economy.... Reading and writing, early steps to seducing the hearts and minds of others through the arts, are tools of power, suggests Robert Greene in The 48 Laws of Power ... Those who belittle education and reading would deny others power."

Photo: US Army Sgt. Terrance Ray of the Paktika Provincial Reconstruction Team reads a book to children in Orgun, Afghanistan; courtesy of Wikimedia Commons and US Army.
No comments: