"Lone-wolf terrorism is the fastest growing form of this new kind of terrorism," Gabriel Weimann, professor of communication, Haifa University, write for YaleGlobal. "A lone wolf is an individual or a small group of individuals who uses traditional terrorist tactics, but who acts without membership in or cooperation with an official or unofficial terrorist organization, cell or group."

Weimann goes on to explain how counterterrorism teams at all levels of government are scrutinizing internet activity to monitor planning and stop terrorists before they act. 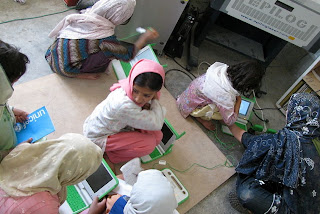 About one out of three people on earth are online, reports the International Telecommunication Union, an agency of the United Nations.  About 25 percent of those users are Chinese.

Users include both those who pay for direct access and those who access the internet of libraries, cafes or friends' homes. Growth in internet use is greatest in developing nations. "However, overall people in the developing world remain far behind those in the developed world, with only 25% of them online by the end of the year," notes Global Finance.

And despite the percentages in the table above, Asia has the most internet users, at nearly 45%, reports Internet World Stats. Europe comes in second at 21.5% and North America at 11.4%. Africa has 7% and the Middle East represents 3.7%.

And 70 percent of youth under 25 are not yet online. Those new to the internet come at a time when it's easy for authorities to follow trails, when other users - even corporations and nonprofits - are collecting individual data and developing profiles. The internet is unlike other tools of communication, say, the pen and paper, any can be used to connect or divide. Instead, communications online are more impulsive and have a longer, broader reach. Online, the words and ideas of hate are like a weapon, and those who use the internet for nefarious purposes won't hide for long. As said in Matthew 26:52, those who draw the sword will die by the sword.

Photo of young girls in Afghanistan learning to use computers, courtesy of Kate on OLPCs, Todd Huffman and Wikimedia Commons.