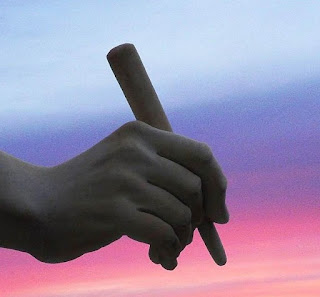 Photo of statue of Isaiah holding pen at Piazza Spagna in Rome, courtesy of gnuckx and Wikimedia Commons.
No comments: