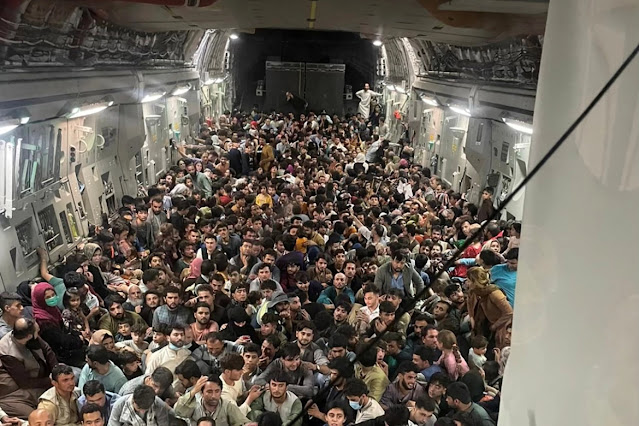 As suggested by this blog's "Functional leadership?" and "Key to success," the Taliban cannot afford to lose the most talented, educated Afghani citizens.

Al Jazeera reports today that the Taliban are urging the United States to stop evacuating skilled Afghans, such as engineers and doctors. “We ask them to stop this process,” spokesman Zabihullah Mujahid said at a press conference in Kabul. “This country needs their expertise. They should not be taken to other countries.”

The educated, fully aware of Taliban's past disdain for education, will balk at working for the extremists. "Insurgencies the world over, from the Tamil Tigers in Sri Lanka to Boko Haram in Nigeria, have sought to attack, resist, influence or control access to and the content of education," notes "Taliban Attitudes and Policies Towards Education" by Rahmatullah Amiri and Ashley Jackson for the Centre for the Study of Armed Groups. "However, the Taliban’s level of interference, and the growing sophistication of its approach, sets it apart. It has developed a series of policies and bureaucratic guidelines governing education provision and established a shadow education ministry, with education shadow ministers at provincial and district level and monitors charged with overseeing schools in Taliban areas."

Key aspects of Taliban attitudes that will conflict with education that creates expertise:

-a preference for Islamic religious education, with the group divided between traditionalists and those who recognize the need for modern approaches;

- opposition to donor conditions on human rights and women's rights, even though the country's education system heavily relies on international aid.

In December 2020, the Taliban negotiated an agreement with UNICEF to operate 4,000 classes in areas then under its influence. "That the Taliban is willing to negotiate a national agreement with a UN agency demonstrates its desire for aid – and international recognition," note Amiri and Jackson, adding that "the Taliban is increasingly seeking to position itself as capable of governing. Some segments of the insurgency’s leadership acknowledge that Afghanistan needs a diverse, modern education system. They also understand that, if they want external recognition and political legitimacy, they will have to make concessions on some of their more hardline positions, particularly on female education."

Taliban policy documents on education are clear - the group intends to regulate, control and influence all forms of education, including "what subjects can be taught and who can attend school." 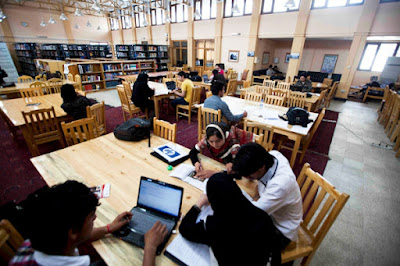 True education requires critical thinking, which naturally lead to questions and doubts about fundamentalism and extremism. Ruthless, primitive policies that counter best practices are not sustainable. The writers concede that "Education is inherently political, and governments and armed groups the world over have long used the education system to indoctrinate, surveil and regulate the behaviour of the population."

The educated will balk at working for a Taliban government that does not value freedom of thought that goes hand in hand with the best education programs. Many skilled Afghanis anticipate coercion, and the International Labour Organization describes forced labor: "work that is performed involuntarily and under the menace of any penalty. It refers to situations in which persons are coerced to work through the use of violence or intimidation, or by more subtle means such as manipulated debt, retention of identity papers or threats of denunciation to immigration authorities."

That is why thousands of Afghanis gather at the Kabul airport, willing to sacrifice all to flee the country.

Photo of  US Air Force C-17 Globemaster III transport aircraft, evacuating more than 600 Afghans to  from Kabul, courtesy of Al Jazeera and Defense One; photo of library, courtesy of the American University of Afghanistan.