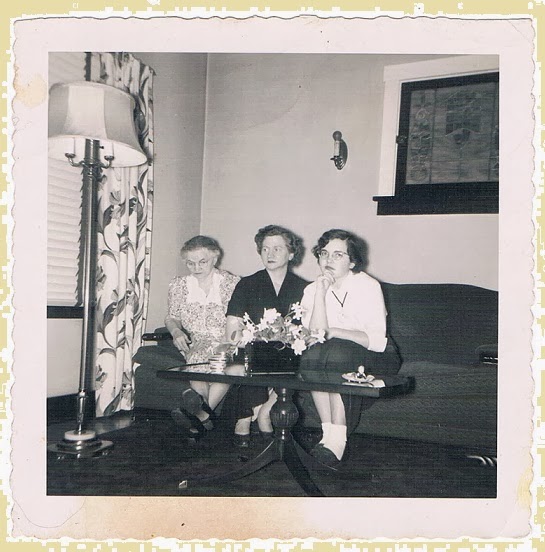 My maternal grandmother was meticulous at ironing. Once I showed up at her home in a favorite pleated skirt, worn despite having fallen crumpled to the closet floor. She ordered me to change, then arranged the skirt on the ironing board. Pinching more than thirty pleats in turn and restoring the sharp lines, she made my skirt look brand new again.

More than once my grandmother shook her head about my reliance on a dryer to remove wrinkles. But she was also proud that neither she nor her grandchildren had to iron or cook or clean for a living.

Grandma had learned ironing from her mother, who had traveled to the United States from Ireland to work in a wealthy Pittsburgh household. For my great-grandmother, perfection in ironing and other household tasks was a survival skill that she passed along to her children. Many in the United States are children, grandchildren and great-grandchildren of immigrants. We've heard the stories of our ancestors and respect the skills and the workers. We take pride in our homes and DIY, doing the work for ourselves, whether our role model is Erma Bombeck or Martha Stewart or Heloise Bowles Cruse. Sharing household tasks brings families closer together.

And so it comes as no surprise for many Americans that the Indian diplomat who underpaid a maid was quickly indicted and then allowed to return to India. India's outrage over the arrest of a diplomat in New York City has done more to highlight the plight of domestic workers than an international treaty that went into force last September or detailed reports. Before travel abroad, students and diplomats alike should review advice about social customs. As I wrote for the Asia Sentinel:

"Many in India have argued that low wages for Indian diplomats justify low wages for domestic help and the United States could have handled the matter with more sensitivity. Critics in the developed world counter that the diplomat who cannot afford basic fair wages for a live-in domestic help should do without.... in a highly interconnected world through travel and communications, a single high-profile arrest unleashed globalization’s force to expose troubling cultural differences, ensuring that cross-border work arrangements and visas will receive more scrutiny – at least for a while."

From left in photo: Great-grandma Mary, Grandma Sarah and mother Jeanne in Pittsburgh, circa 1952.