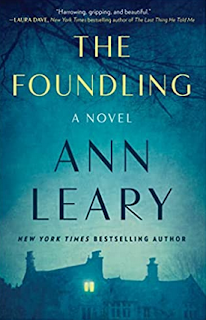 The Foundling, set in 1927 at a state institution in Central Pennsylvania, is modeled after the real Laurelton State Village for Feeble-Minded Women of Childbearing Age, that operated between 1920 and 1998. The institution's purpose evolved over the decades, but the goal during the early years was eugenics – to prevent troubled and “feeble-minded” women from reproducing.

Soon after opening, Laurelton had a waiting list to care for women deemed insane by husbands or abandoned by families, women who had large numbers of children by multiple men, as well as women who relied on prostitution or careers deemed as unsuitable. The state Public Charities Association supervised Laurelton along with prisons, orphanages and other facilities that cared for the “dependent classes,” explains a brief history in the West End Quarterly.

“Throughout the early twentieth century, researchers, social reformers, and politicians cast a wide net for classifying people as ‘feebleminded,’” explains Micalee Sullivan. “The term lacked clear standards or definitions of who constituted ‘feeble-minded’ in the reports of the government agencies, as well as the report of directors at the Laurelton State Village. During the planning stages of the institution, an article described an institution that would ‘provide several groups embraced under the terms "idiotic," "imbecile," or "feeble-minded.'"

Pennsylvania Heritage praises Laurelton’s first superintendent, Mary Moore Wolfe: “Wolfe rejected the established medical traditions of the early 20th century that argued ‘mental deficiencies’ caused people to commit crimes and warranted locking them up forever. She believed ‘the problem of mental deficiency is not primarily a medical problem’ but instead was ‘an educational, and to a lesser degree, a sociological problem.’ Determined to make Laurelton Village a place of rehabilitation and not permanent segregation, Wolfe developed academic, vocational and moral training programs for the women living there.”

The novel is more critical about such institutions and the power of those who profit from society’s most vulnerable. Protagonist Mary Engle feels fortunate to land a job as a secretary at the facility lauded as “progressive,” run by elegant Dr. Agnes Vogel, psychiatrist and one-time suffragist. Mary, raised in a Catholic orphanage after her mother’s death, squashes memories of seeking favors while enduring sexual abuse by an uncle during occasional visits. The orphan, learning more about the case histories of inmates, could only muse, “There by the grace of God …”

The facility, not religious, is touted as “modern” – emphasizing rigid controls, long hours of hard work as ground crews, factory workers, dairy maids or housekeepers. Unlike Laurelton, the fictional Nettleton is described as offering no education or treatment. For favored staff members, there is luxury housing and meals, as well as alcohol purchased under the guise of “medicinal treatments” during the era of Prohibition. Local and state authorities pay little notice to the facility that boasts of self-reliance, requiring no tax dollars, while offering local jobs and revenue for local businesses.

Mary – a skilled professional – works tirelessly for Dr. Vogel, and the older woman eventually trusts her like a daughter, a closeness that creates distance for the secretary with other staff members and entangles her in corrupt activities including transport and misuse of alcohol. Mary soon detects physical abuse, harsh punishments and insults, but trusts that Dr. Vogel acts in the best interests of inmates. Skepticism grows as she meets more people her age, including a nurse in the facility, a journalist who is curious about rumors of cruelty, and eventually an inmate and one-time friend who grew up in the same orphanage where Mary was raised. The secretary struggles to act on her empathy for Lillian, the inmate, understanding that admission to a previous relationship with an inmate would result in termination of employment. Lillian, like many other inmates, is hardly feeble-minded, but the records do not reflect her education and capabilities.

For weeks, Mary, torn over job security and her admiration for Vogel, avoids Lillian and rationalizes that that the other woman resists, simply not understanding the difference between right and wrong. As an orphan herself, Mary fears imperfection in herself and others, failing to understand that any attempt to assess others as feeble-minded or flawed reflects arrogance.

Mary begins dating Jake, a journalist who questions eugenics and notions that some human beings are not meant to start families or participate in society. Jake is Jewish and Vogel is anti-Semitic, and Mary initially takes offense at his candid critiques of her employer along with the judges and politicians who support the institution. Relying on arrogance herself, she tries to dismiss his concerns for inmates who are institutionalized until they can no longer bear children: “Why would I waste time worrying about his ill-informed ideas when I, at age eighteen, already knew more than he’d ever know about how power and justice really work in this world?”

Power corrupts, including onlookers who may benefit the least. As Albert Einstein noted, “The world will not be destroyed by those who do evil, but by those who watch them without doing anything.” As an orphan herself, Mary is timid and naïve, trying to rationalize the cruel inequities. At times, the book is too optimistic, offering minimal tension and obstacles in what had to be a treacherous workplace. 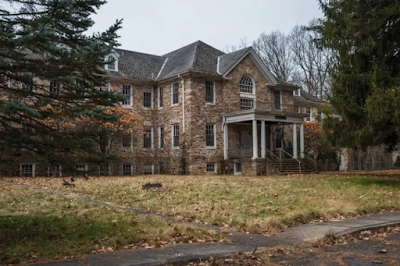 Mary and Jake manage to rescue Lillian, but Vogel and her political backers move on to more prominent positions, never investigated or condemned for forcing hundreds of young women to work as unpaid laborers, preventing them from pursuit of any type of normal life. Many women won their freedom only with menopause, and if they were lucky, families and friends helped keep past lives a secret.  Women raised in in rural Pennsylvania during the early 20th century feared and whispered about such places. Orphans, homeless, scorned wives understood they could be locked away for the best of years of their lives. And during the Depression, many families simply could not afford to assist or speak out. A century of change exposes the nightmarish conditions, regardless of good intentions, and readers can only wonder how citizens a century from now might assess today's under-funded schools, homeless shelters, prisons or immigrant camps.

Poverty is the parent of revolution and crime, noted Aristotle.

The real institution of Laurelton took on many forms over the years, finally closing its doors in 1998. The empty buildings and more than 265 acres were sold for $1 million in 2021.