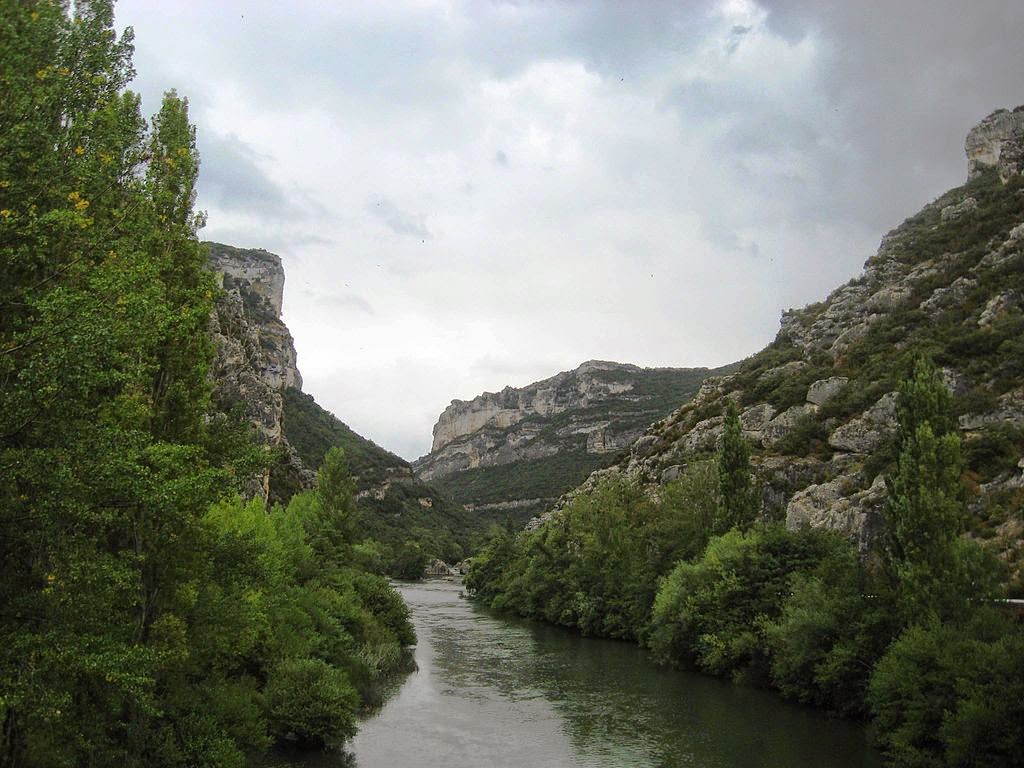 During heated arguments, some individuals keep their opinions to themselves, especially for the topics on which agreement is impossible.

On such topics, writers may strive for ambiguity by allowing - even encouraging - readers to reach their own conclusions. Abortion is one such topic.

The short story "Hills Like White Elephants," by Ernest Hemingway influenced the approach taken on abortion in Allure of Deceit. In either story, readers may not be sure about where exactly the writer stands on the topic. But one theme runs true - the urge for individuals to take control of another's life. Such quests are common even though men and women, too, often do not respect what they can readily control. For resolution of such stories, so much depends on a reader's own experiences and opinion.

"Hills" is about a couple engaging in what seems like a tired argument while waiting in a station bar for arrival of an express train to Madrid. The word "abortion" is not mentioned in the story, but the man exerts mild pressure, urging the woman to undergo a procedure, suggesting that it's "awfully simple" and "really an operation at all." The pregnancy, again not specified, looms over the relationship and, like it or not, will set the direction for its future course. The male character may recognize the decision is not his to make and demonstrates little responsibility for the outcome either way.

The story emerges through dialogue rather than characters' observations and description. "Hemingway's accurate ear for speech patterns duplicates the gender-linked miscommunications which exist between man and women in the real world," wrote Pamela Smiley for The Hemingway Review in 1998. As a result of these differences, there are two Jigs: the nurturing, creative, and affectionate Jig of female language, and the manipulative, shallow, and hysterical Jig of male language." Smiliey goes on to suggest there are also two sides to the male who is referred to as the American: "in the female language he is a cold, hypocritical and powerful oppressor; in the male language he is stoic, sensitive and intelligent victim."

Yet, the gender distinctions and who holds power may not be so clear-cut.

Another essential element of the dialogue in "Hills" are the questions and how they signal character transformation during the course of the story. There are 26 question marks in all. At first, most come from the female character, and they are shallow and needy, asking the man what they should drink, what the print says on a beaded curtain says, and whether her observation that the nearby hills look like white elephants is "bright."

Midway through the story, the man asks questions, too, as he nervously reaches understanding that Jig does not necessarily agree with him that the pregnancy should be terminated. Her questions continue, but they become more challenging, taking on the tone of orders: "What makes you think so?" "And if I do it you'll be happy and things will be like they were and you'll love me?" and "Can't we maybe stop talking?"

Toward the end, the man relies on questions to change the topic. Jig wants to nail down a description of the nearby hills, which she describes as "white elephants," and "lovely" and "with skin." The man interrupts by asking if she wants another drink.

In the end, the male character is left posing the final question, returning after re-positioning their luggage for the incoming train. He also stops for a drink alone in the bar, another sign that alcohol and time alone are methods for masking or dwelling on discontent. Upon his return, he asks if she feels better, hinting at the state of  hysteria described by Smiley. Jig's response, "There's nothing wrong with me. I feel fine," suggests her emotions run true. The female is not ill or damaged or fearful, and the pregnancy is not a leading problem for her.

The story is about a man pressing a woman who is initially uncertain about a course of action, and subtly demonstrates how the pressure strengthens her resolve. That could involve going ahead with the procedure or going ahead with the pregnancy and birth. Either way, Jig likely contemplates ending a relationship with the man who offers annoying lectures, as indicated by her plea for him to stop talking, accentuated by the word "please" used seven times.

The lack of trust and distance in the short exchange of dialogue is intense. Jig seeks reassurance that the couple can be happy again and resume their carefree ways. The male character's early confidence only increases her doubt about his role in her happiness. He focuses on immediate concerns, loving her "now" while insisting they cannot have "the whole world."

The male character presses her to take steps that will preserve their wandering ways, summed up in another pointed, judgmental question by Jig: "That's all we do, isn't it - look at things and try new drinks?" She is unsatisfied and yearns for more than an aimless life with a manipulative partner.

The story and dialogue take a sharp and ambiguous turn, as suggested in the long exchange without attribution toward the end when Jig talks about having the whole world and "everything." The man argues with her. By paragraph breaks and orderly dialogue progression, the line "We can go everywhere" should be Jig's and the line "once they take it away, you never get it back" belongs to the man. Yet someone speaks out of turn as the breaks do not show an even back or forth. The reader can only be certain about who is speaking again when the man urges the woman to "Come back in the shade" and chides that she "mustn't feel that way." If the dialogue had been orderly, that line should have been Jig's turn to respond. One character had two lines in a row, and this reader suspects it was the man toward the end of exchange.

The confusion is momentary as the characters speak in circles to the point of going into role reversal, seemingly for the sake of argument. Still, Jig's side of the dialogue offers keen recognition that, regardless of the decision, there is no going back.

Conservatives and liberals could embrace this story and yet neither can be exactly certain that the set of words will sway other readers to their way of thinking - and that is the story's power. Hemingway may have been undecided, too. He gives his readers the power to take their own stance.

The context for abortion in Allure of Deceit may be more manipulative - a tale about another procedure, supposed to be so easy and simple. Yet the attempt to exert control over another human does not work out as planned, sending out repercussions for others well into the future. Characters cannot control the feelings of others, unless of course those other characters want to be controlled.

Photo of the Ebro River in Spain courtesy of Nicola and Wikimedia Commons.