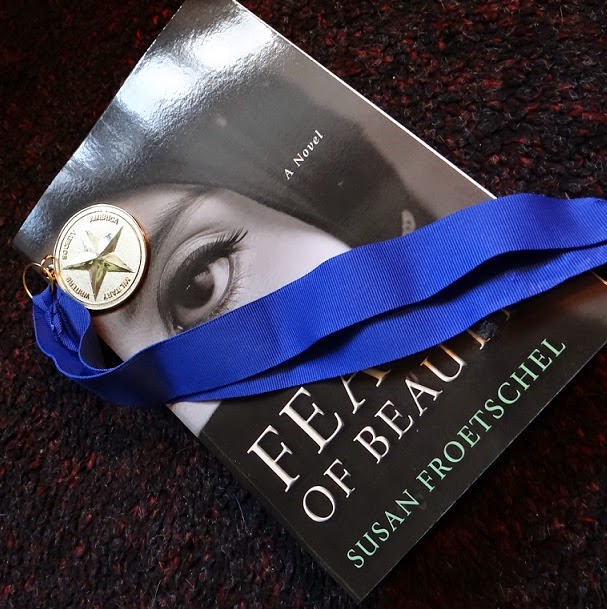 A writer could not ask for a better year than 2014.

The year began by concluding the sequel to Fear of Beauty - and Allure of Deceit underwent three big revisions. Writing a suitable follow-up to Fear of Beauty seemed an impossible task, but I am pleased with the result. Fear of Beauty is Sofi's story, and Allure of Deceit is the story of her husband, Parsaa. The characters from Afghanistan are strong, good, and uncomplaining as their daily routines and tiny remote village are buffeted by the forces of globalization. The fictional village of Laashekoh is in northern Helmand. For Parsaa and Sofi, their knowledge of the world is limited, but in their way, they are good citizens, extending hospitality and kindness to travelers and strangers regardless of beliefs or country of origin.

Throughout the year, Fear of Beauty surprised with a number of awards:

And as the year ends, I am embarking on the third in the series about Laashekoh.

It was a very good year, and I owe so much thanks to so many groups, reviewers, and readers who take the time to visit and explore the tiny village of Laashekoh. Thank you and a very happy 2015!
No comments: 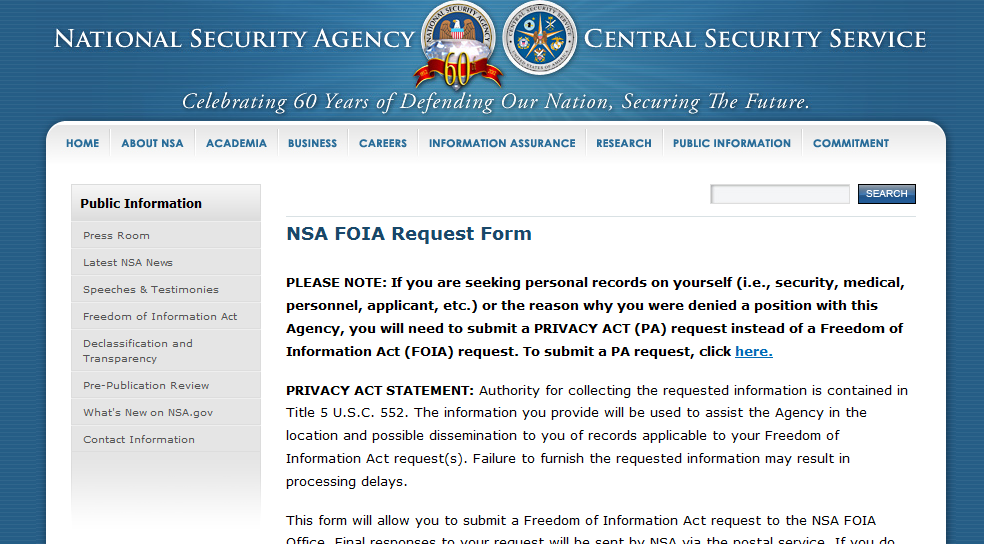 I just filed my Privacy Act request with the National Security Agency. The NSA makes filing such requests very convenient - you can do so online, fax or mail.

Of course, filling out the form probably means that I'm connecting new dots for NSA analysts regarding my many old emails, addresses and phone numbers.

After researching a novel like Fear of Beauty - set in Afghanistan, told from conflicting points of view of a rural and illiterate Afghan woman and an Army Ranger, with a plot focusing on religious extremism, weapons and war, conflict among members of a provincial reconstructions team, surveillance and more - I'd be surprised to have not hit some nerve. The same goes with writing and researching material for YaleGlobal Online,  a job that entails reading reports of all types from around the globe, including the offerings of WikiLeaks, and posting a full range of opinions on numerous topics, with equal measure of praise and criticism for US and other country's methods in their global dealings.

And then there is today's Facebook posting that suggests the leadership of NSA should be held responsible for devising a system that extends access to so much personal data to hundreds of thousands of contract employees, at excessive wages, including a young man who dropped out of high school. The NSA's leaders have lost control of this system as was predicted back in 2006 when details first emerged. All responsible should be fired.

With luck, I'd also expect the analysts to quickly spot my long background in mystery writing and shelve specific concerns about me as a security risk.

One can only hope.

June 13: The Des Moines Register reiterates my reaction of two days ago that more than one person is responsible for this leak.  "It seems the leak is the result of the government’s slipshod management of classified national secrets.... the true scandal is inside the NSA and the CIA: Based on Snowden’s telling, the United States government entrusted a high school dropout who began his career at the National Security Agency as a security guard with some of the most sensitive national security secrets with potentially explosive international repercussions."
No comments: 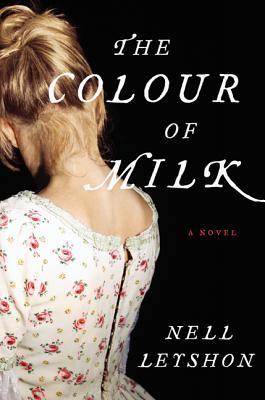 The number of parallels between The Colour of Milk and Fear of Beauty are many and stunning.

Both books focus on women raised in small farming communities, though one is set in 1831 England and the other is set in circa-2012 Afghanistan. The women are illiterate, find reason to learn how to read and write and tell their stories.  Men twist religious texts to control and abuse women. The protagonists are exceptionally intelligent, aware of the challenges for women and their communities. Their families resist discussing those challenges. Both authors toy with grammar to emphasize that these are new writers expressing their thoughts.

For Color of Milk: "and so I shall finish this very last sentence and i will blot my words where the ink gathers in the pools at the end of each letter. and then i shall be free. For Fear of Beauty: I have only one certainty in a world that never stops changing - that more must be learned and accomplished. This lack of certainty and the search are my freedom.

Education, the ability to place one's story in the context of our times, is liberating.

The major difference of the two novels? The Colour of Milk is bleak in how the protagonist Mary must take control. Fear of Beauty, in the modern setting, can afford to be more optimistic. Afghan women have role models elsewhere in the world.

To think what our forebears endured from unequal societies ... The author of Fear of Beauty highly recommends The Colour of Milk by Nell Leyshon.

Gratitude to Debbie Campoli for reviewing Fear of Beauty in Women's Book Review: "You find yourself rooting for Sofi and admiring her strength. The story keeps a reader wanting for more, and the author does an excellent job of reeling you in."

Now Debbie Campoli has some stories to tell - and we would like to read a book from her!

Thank you to the reviewers reading the book and writing about the central themes.

"The settings of the two books [Royal Escape and Fear of Beauty] couldn't be more different, but both involve the efforts of a woman to take control of her own life," writes Verna Suit for Gumshoe Review. "Both tell their stories effectively, thoroughly engross the reader, and reward with feel-good endings, a fine formula for a novel."

Natalie Papailiou, writing for Shelf Awareness for Readers, calls the book "a compelling portrait .... Froetschel has great respect for the Afghan culture and deftly provides a slice-of-life tale that informs and even surprises."

CriminalElement.com posted the first pages of Fear of Beauty.

The author certainly appreciates the reaction from all those who took the time to read it and comment! Reading the comments is humbling - and I hope the rest of the book meets their expectations.