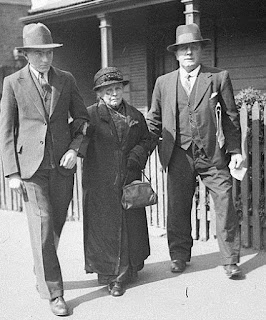 Photo of two campaign supporters assisting an elderly voter, courtesy of Wikimedia Commons and the State Library of New South Wales.
No comments: