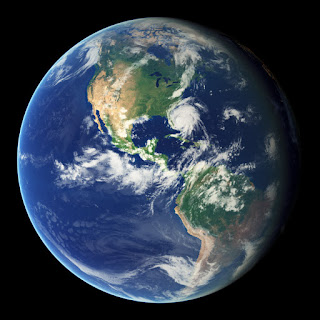 Eliminating films, books, websites and other media that analyze problems do not eliminate the problems themselves. Erasure won't eliminate analysis or discussions either - unless the threats are accompanied by the brute force, similar to efforts of the Taliban types described in Fear of Beauty.

The Trump administration has eliminated mention of climate change on the White House website, but other US government websites still address the issue.

CIA World Factbook includes a list of countries that have signed and ratified international agreements on the environment.

NOAA still posts on climate: "From supercomputers and state-of-the-art models to observations and outlooks, we provide data, tools, and information to help people understand and prepare for climate variability and change."

NASA still gives the vital signs of the planet.

And climate change still matters for the Department of Commerce.

And the Department of Health and Human Services.

The Department of Defense describes the security risks of climate change.

All departments like Labor and the VA have prepared climate adaptation plans.

And the Department of Energy still begins: "Addressing the effects of climate change is a top priority of the Energy Department. As global temperature rise, wildfires, drought and high electricity demand put stress on the nation’s energy infrastructure. And severe weather -- the leading cause of power outages and fuel supply disruption in the United States -- is projected to worsen, with eight of the 10 most destructive hurricanes of all time having happened in the last 10 years."

Businesses and homes have no choice but to contend with the weather and their surroundings. They cannot ignore these fundamental inputs, and the same is true of government. Our environment is a priority, and our survival depends on those surroundings.

The new administrators may try to dismiss the research and pull down the pages, but nothing disappears with the Internet Archives and the Wayback Machine.