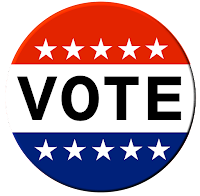 The president is expected to serve all US citizens, and it's disturbing that a candidate could single out individuals for a few humiliating insults. Namely, Donald Trump's bizarre obsession with comedian Rosie O'Donnell and former Miss Universe Alicia Machado during the first presidential debate.

Trump hurried to squeeze in a comment as the moderator posed the debate's final question: "You know, Hillary is hitting me with tremendous commercials. Some of it's said in entertainment. Some of it's said -- somebody who's been very vicious to me, Rosie O'Donnell, I said very tough things to her, and I think everybody would agree that she deserves it and nobody feels sorry for her."

Trump is at a disadvantage for such discussions. On one hand, his disagreements with the two women have nothing to do with policy and everything to do with vindictiveness. On the other hand, repeated attempts to convince others while standing on a stage before a global audience that the two women deserve scorn and ridicule is a disturbing display of sexism, pettiness, bullying, debate ineptitude, a lack of serious priorities and more.

He persists on the wrong issues, and regardless of what was said or done in the past, individuals do not deserve the scorn of presidential candidates. No one requires thicker skin than the president of the United States.

Perhaps Stephen Colbert said it best when he noted that Trump had managed to alienate yet another key US demographic, the obese. About 35 percent of American are obese, reports the National Institutes of Health. And demographics overlap. Criticizing one group can siphon off supporters from another group regardless of ethnicity, gender, age and more. Consider that three out of four adult men of voting age are overweight as compared with two out of three women.

More than one pundit has noticed that Trump often lashes out difficulties he has shared, though he may not recognize these in obesity, adultery, or lack of workable plans or stamina during a debate.

The best leader is a good role model. Leadership embraces sacrifice, a sense of calm and resolve with a willingness to listen. Good leadership is about a vision for potential that encompasses dignity, humility and consideration for others. Such leaders promote journalism, education, science, good citizenship and democracy over conflict and entertainment.

Consider the words of George Washington, "There is nothing which can better deserve our patronage than the promotion of science and literature. Knowledge is in every country the surest basis of public happiness."And then Abraham Lincoln: "Upon the subject of education, not presuming to dictate any plan or system respecting it, I can only say that I view it as the most important subject which we as a people may be engaged in." And also from Lincoln, "I am in a firm believer in the people. If given the truth, they can be depended upon to meet any national crisis. The great point is to bring them the real facts."

The country must strive to organize around a common sense of facts. Polarization, promoting a sense of otherness and relying on a crutch of ideological alignment, threatens the country's greatness. There is wisdom in the simple golden rule and the sentiment of "There by the grace of God go I..."

Fear of Beauty is the story of a fictional and remote village in Afghanistan,where a woman defies her family and a small group of extremist bullies by secretly learning how to read.