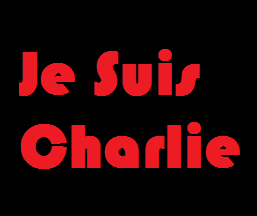 Terrorism starts at home, so suggests the tale of Fear of Beauty. The petty resentments, the irrationality, the scapegoating and complaints, the displays of anger, the bullying, fear of competition, marginalization, abuse and more.

Police quickly identified the three suspects accused of bursting into the offices of a satirical newspaper in Paris, Charlie Hebdo, and killing 12 with assault rifles. News reports describe them as two brothers and a brother-in-law. The case bears similarities to the bombing of a crowd at the Boston Marathon - with two Tsarnaev brothers named as suspects.

The three in Paris will not slow satire in the West. All they accomplished was to ignite interest in a struggling publication and unite diverse citizens to stand up for freedom of speech and embrace satire and other forms of scrutiny. The killers revealed their fears and have shown that ideas and pens wield power.

The Arab League and Al-Azhar have condemned the murders. Leaders of many organizations recognize, as we have said on this pages before, a faith is unsustainable if it cannot endure such scrutiny and tests.

By evening, the news reported the two brothers in the France killings were orphans.