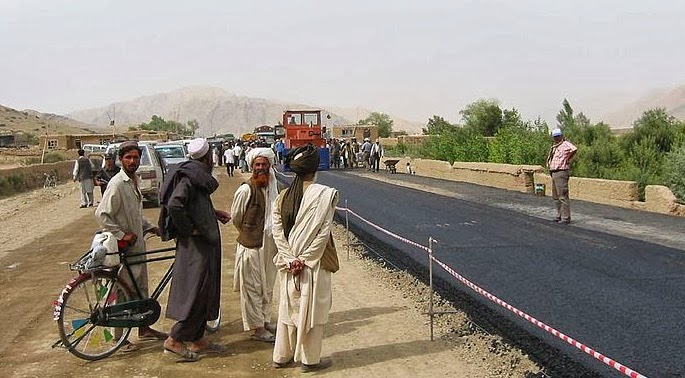 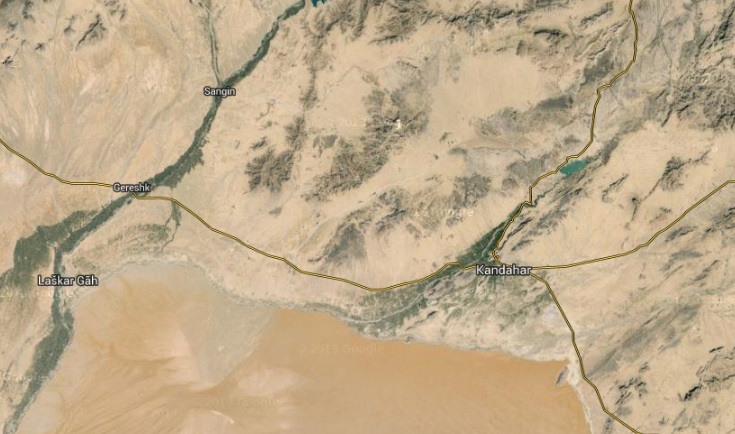 Photo of Highway 1 reconstruction in 2003,  courtesy of USAID and Wikimedia Commons. Screenshot of the 137-kilometer stretch of Highway 1 between Lashkar Gah and Kandahar, courtesy of Google Maps.