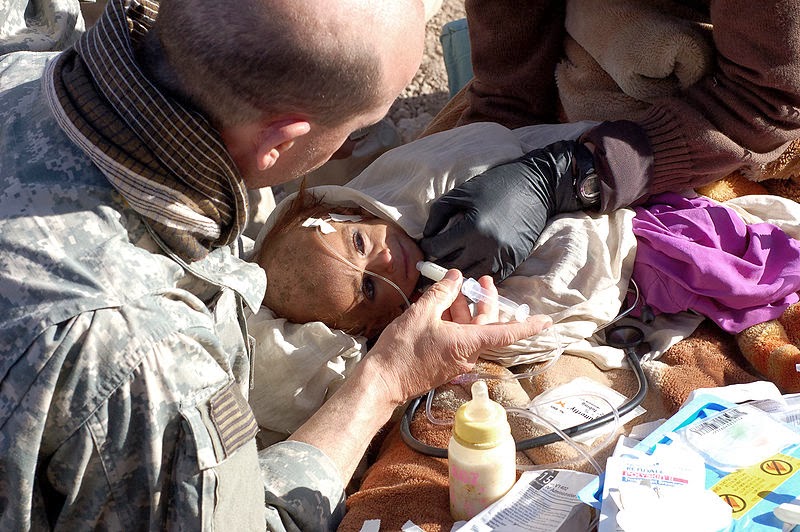 The future of Afghanistan is in jeopardy, because of poor governance and basic hunger.  UN data suggest that 55 percent of the country's children have stunted growth because of hunger.

"The statistic is a damning one for western powers that have poured billions into Afghanistan to fund development and reconstruction. The US alone has spent $90bn (£54bn)," reports Emma Graham-Harrison for the Guardian. "Such funding aimed to modernise Afghanistan, but return on the spending seems to have been low."

Not so much damning, but frustrating and challenging. Such funding from afar will slow if the Afghan government can't reduce waste and corruption. The funding will vanish if Taliban extremists resume control.

Surveys suggest that Afghans view corruption along with insecurity and unemployment as an even more pressing challenge than poverty, suggests the United Nations. Yet corruption is embedded in the culture, suggests the UN Office on Drugs and Crime:

While corruption is seen by Afghans as one of the most urgent challenges facing their country, it seems to be increasingly embedded in social practices, with patronage and bribery being an acceptable part of day-to-day life. For example, 68 per cent of citizens interviewed in 2012 considered it acceptable for a civil servant to top up a low salary by accepting small
bribes from service users (as opposed to 42 per cent in 2009). Similarly, 67 per cent of citizens considered it sometimes acceptable for a civil servant to be recruited on the basis of family ties and friendship networks (up from 42 per cent in 2009).

Corruption erodes community trust, and yet tolerance for corruption remains high in Afghanistan and contributes to poverty and misdirection of resources. Hunger is the most basic problem, one that hampers student learning and worker productivity. The CIA World Factbook lists other statistics that point to a weak, yet dangerous place: The country's literacy rate hovers around 40 percent.  Unemployment stands at about 35 percent. Half the population is under the age of 18. The average number of children among women is five. The country produces 90 percent of the world's opium and more than 5 percent of the population may be addicted.

The harsh truth is that only a fraction of any funds directed at Afghanistan will achieve their intended purpose, and donors must decide how to proceed. Weak governance and high levels of corruption ensure uncertainty in future foreign aid for Afghanistan.