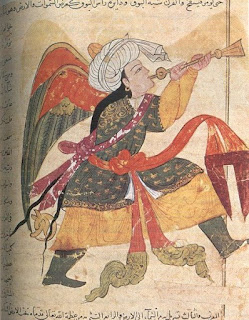 The Islamic drawing of an angel blowing a horn dates from 750 to 1258, the Abbasid Caliphate, and is courtesy of Wikimedia Commons.